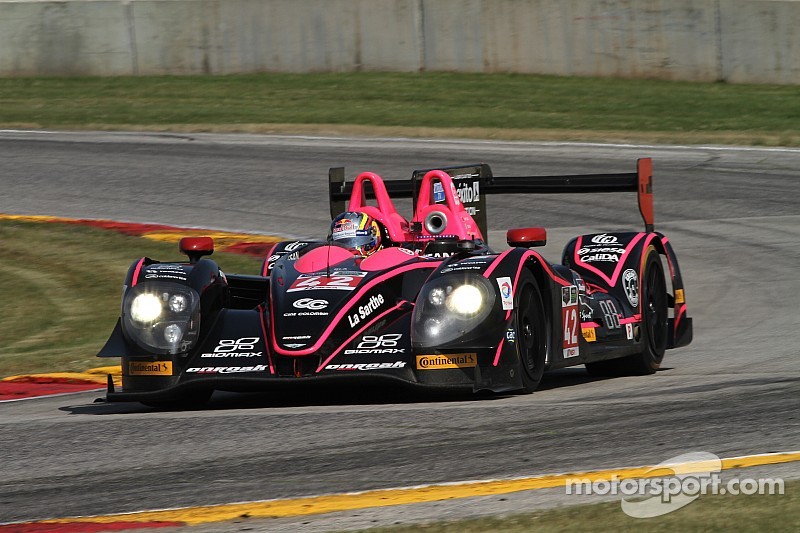 The team was running seventh with 44 minutes remaining when Pla got bumped from behind, sending him into the gravel.

For the next round of the TUDOR United SportsCar Championship, OAK Racing took to the historical Road America road course, where they finished 11th in-class and 42nd overall. Joining Colombian Gustavo Yacaman for the two hour and 45 minute was Frenchman Olivier Pla. The team was running seventh with 44 minutes remaining when Pla got bumped from behind, sending him into the gravel. Following that, the team had to unfortunately retire the No. 42 Morgan-Nissan LM P2 machine from the race.

Sometimes in motor racing you have a bad weekend.

The 4.048-mile circuit near Elkhart Lake, Wisconsin has hosted races since the 1950’s, but this marked the first time competing here for OAK Racing during the Continental Tire Road Race Showcase. Pla qualified the No. 42 car in the fourth position. However, due to the No. 90 ahead of them not passing their technical inspection, OAK Racing was able to move into third to start the race.

“This one was a very bad weekend. When you look at the weekend in terms of competition, we didn’t have a whole lot against the DP cars. We still had a chance to do well with our strategy and our last stop and might have finished third or fourth. We will work at coming back stronger for the last two rounds. We need to stay together as a team, including the mechanics, engineers and drivers. Let’s push until the end because we still have a chance.”

Gustavo Yacaman started the race in the Onroak Automotive machine and stayed behind the wheel for the first hour. With multiple caution flags coming out, Yacaman focused on gaining positions in the beginning and maintaining competitive pit stops.

I am very disappointed with the weekend

“I am very disappointed with the weekend,” said Yacaman. “The thing I really want to emphasize is how hard the whole team and crew worked throughout the weekend. After making contact with the wall twice before the race and then during the race, the mechanics have worked very hard. They always have a smile on their face and there is always positive energy around the team. I think that is the most important thing a team needs. Regardless of how the weekend finished, I am really proud of the guys. ”

Olivier Pla made his debut at Road America and got in the car with over half of the race remaining. He was able to maintain seventh and had even advanced as high as fourth, when he was taken out of the race.

“It was a very difficult weekend,” said Pla. “We did our best in qualifying, but it was tough against the DP cars. The DP’s just have more horsepower. We tried to do our best throughout the race. On the restarts, it was difficult to stay ahead of the DP cars when you have one of them behind you. I got passed by Negri and when van Overbeek tried to pass me, he just hit his brakes into the back of me. That then sent me into the wall, which was unnecessary contact to have. I think we can expect to be very strong in the next two races. We will do our best to keep fighting.”

The winners of today’s race were Barbosa/Fittipaldi in the No. 5 Corvette DP, followed by Negri Jr./Pew in the No. 60 Riley DP in second and Sharp/Dalziel in the No. 1 HPD ARX-03b in third.

With two races remaining in the Championship hunt for OAK Racing, they will head to the Circuit of the Americas next for the Lone Star Le Mans from September 19-20.