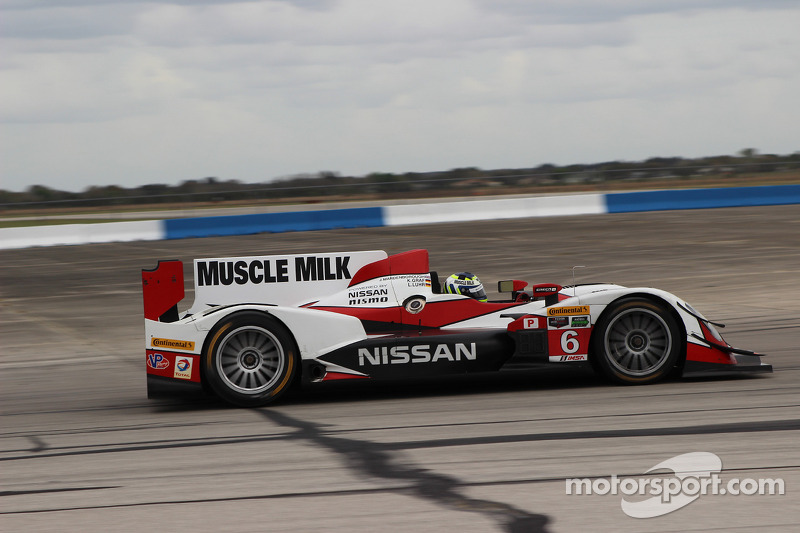 After its 5th place at the 24 Hours of Daytona last January, Muscle Milk Pickett Racing will be competing again in the second round of the TUDOR United SportsCar Championship.

Having already competed in the 12 Hours of Sebring in 2011 and 2012, the ORECA 03 LM P2 will approach the 2014 edition from a totally different perspective. For its return to Florida, the prototype built in the Signes workshops will now be entered in the race’s top class. After its 5th place at the 24 Hours of Daytona last January, Muscle Milk Pickett Racing will be competing again in the second round of the TUDOR United SportsCar Championship, the new American endurance series. Eleven ORECA-FLM09 will also enter the Prototype Challenge class, which promises to be once again exciting. 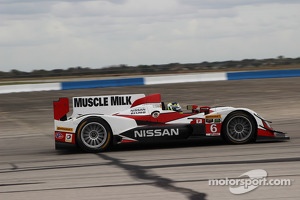 A few weeks only after the 24 Hours of Daytona and the Winter Test in Sebring, ORECA gets back to Florida as an ambitious manufacturer. And that cannot be otherwise with ORECA’s track record at those two circuits. Only French team to have achieved an overall win at the 24 Hours of Daytona, ORECA is also the only French squad to have won the 12 Hours of Sebring with both French car and driver line-up. That was in 2011, with a Peugeot 908 HDi FAP which displayed the message “ I Love U.S. Racing “. Last January, ORECA also signed the best result for a French manufacturer in Daytona finishing 5th overall with Muscle Milk Pickett Racing.

Ambitious and keen to build-up that wonderful series of “ firsts “, ORECA however takes up the 62nd edition of the annual 12 Hours of Sebring with humility as it is one of the most difficult races on the endurance scene with its legendary and unforgivingly bumpy track. From now on competing against the Daytona Prototypes, it will be the first time the ORECA 03 LM P2 fights for the overall ranking’s top places.

“ Daytona was a very special moment. It was the first time we had gone there as a manufacturer and it had been several years since we had been there. Sebring is different. “ says Hugues de Chaunac, President of the Group ORECA. “ Our past visits to Sebring are more recent, including with the PC cars, and the people’s welcoming, including fans, is such that we almost feel like being at home. It is obviously an important event especially for Muscle Milk Pickett Racing, which has the opportunity to confirm the very good beginning of the year it had in Daytona.

We have lived some great moments in Sebring, among which the one-two-three in GT with Viper, an incredible success with the Peugeot 908 HDi FAP and the very first steps of our ORECA 03 in LM P2... Today we are approaching the race from a new angle, as a manufacturer that can, potentially, aim for the overall win with a customer-team. That is very exciting ! The important amount of cars competing in Prototype Challenge makes the race all the more exciting. That class will certainly be an interesting one to follow. “


Back-to-back American Le Mans Series Champion (2012 and 2013), Muscle Milk Pickett Racing finished 5th in its first race with the ORECA 03. In Sebring, Klaus Graf and Lucas Luhr will still be at the wheel of the No.6, joined by Jann Mardenborough.

“ We have left Daytona with mixed feelings “ says Brandon Fry. “ On one hand we were very happy to have raced through the entire 24 hours, an achievement in a way since it was our first appearance with this car. On the other hand we felt disappointed because we always want to do more and better.

“ We have worked hard, studying what we had learnt from the car in Daytona and preparing ourselves for Sebring. As we saw during the Sebring test, a couple of weeks ago, the prototypes’ lap times were pretty close and the race was going to be that way, providing that everyone would do what they were supposed to do.

“That said, we will take up the 12 Hours of Sebring with confidence. We will most probably be more competitive than we were in Daytona, in an environment that we are familiar with. It also helps us to know that we can fight for the overall win. We are just aiming for that ; we knew Daytona’s race was a long shot, however it is a realistic goal regarding Sebring’s. The bad luck we encountered those last years in Sebring actually stands as another source of motivation to do some great things. “

For its very first race, in March 2011, the ORECA 03 had achieved a pole position in the LM P2 class. Then followed another eighteen wins throughout three seasons of competition !

With no less than eight teams on the entry list, eleven ORECA-FLM09 will compete in the Prototype Challenge class. Three times ALMS champion and class winner at the 24 Hours of Daytona, CORE autosport will have to face some serious contenders : Starworks Motorsport, 8Star Motorsports, Performance Tech Motorsports, PR1/Mathiasen Motorsports, BAR1 Motorsports and RSR Racing. JDC/Miller Motorsports should take its first steps within a category which, considering the teams and drivers involved, will stand among the bests.