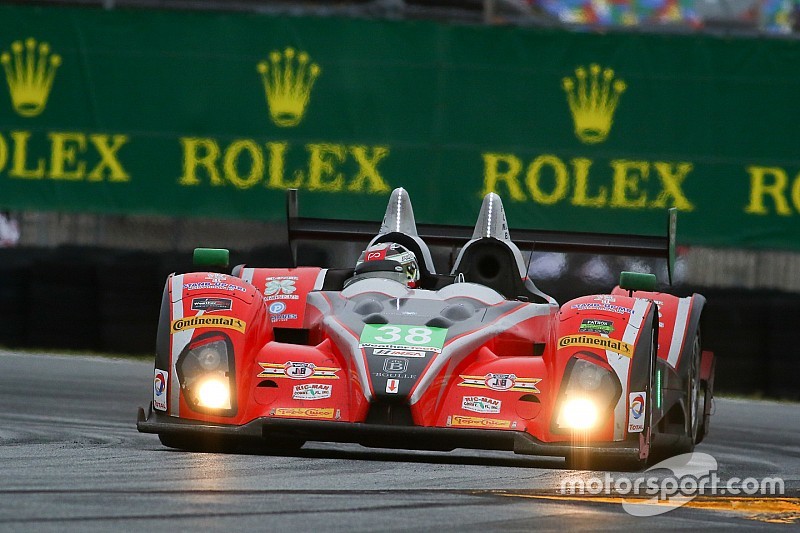 O’Ward will partner with James French fulltime, while this pair will be joined by Kyle Masson for the three remaining Tequila Patron North American Endurance Championship rounds – 12 Hours of Sebring, Six Hours of Watkins Glen and Petit Le Mans.

Following his winning performance at Daytona, team principal Brent O’Neill commented: “He’s really just awesome… It’ll be a good pairing and a plus for us is that we have two Silvers [silver-rated drivers] that are really fast. It gives us options in the pits with what we can do with strategy.

“The only thing we’ll really be working on with Pato is how he still loses sight of time during the race. He comes from the format of 45-minutes races. He’s from the sprint race mentality so every once in a while, you have to tell him to rein it in.

“But he’s so professional in the car. He doesn’t throw the car off and he turns competitive lap times. They’ll be awesome teammates and I know James is excited about it. They’re both great kids.”

Said O’Ward: “The PC car is so different than what I’ve driven before,” O’Ward said. “It’s heavy but it’s not a slow car. It was impressive when I drove it. The PC has 540 horse power, roughly I think. It’s an enjoyable car to drive. In the rain, it’s not so enjoyable. With the cold weather and rain in the Rolex 24 it was difficult to handle. That’s more the weather, though, not the car.

“It’s not as physical as I thought it would be. It’s the only open cockpit car in IMSA. So, it’s cool to be a part of the last year of the class.”

Masson will pull double duty, seeking the PC development series championship and racing the #38 car in IMSA’s TPNAEC enduros. He was part of Performance Tech’s winning lineup last weekend, and remarked: “As a unit we all worked really well together at Daytona and we had great pace.

“I think keeping the group that swept Daytona together is a smart move and I am ecstatic about the opportunity to stay with them. I am looking forward to seeing what we are capable of at Sebring.”

Richard Westbrook: Good start for Ford, but things can only get better