Pagenaud: IMSA racing is “flat-out even more than IndyCar” 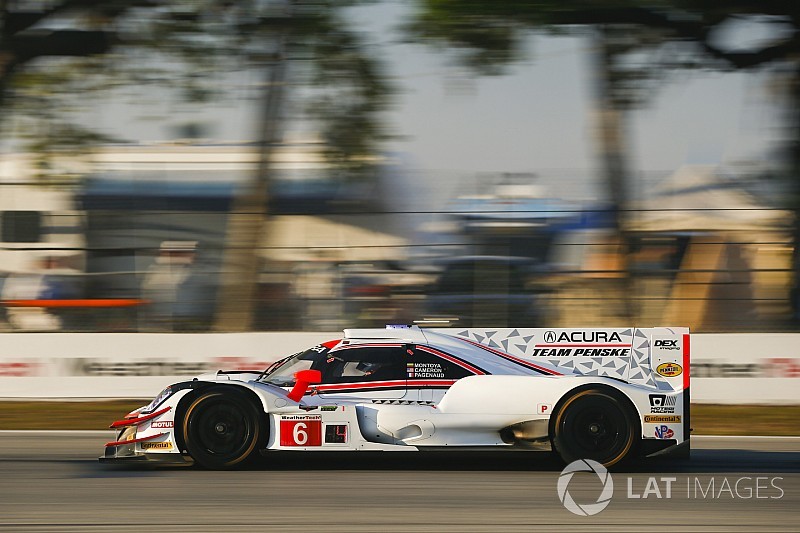 Simon Pagenaud says the nature of the racing in the IMSA WeatherTech SportsCar championship involves pushing to the limit even more often than in IndyCar.

Simon Pagenaud scored nine wins in the American Le Mans Series from 2009-’10, finishing second and first in the championship in consecutive years but became a full-time IndyCar driver in 2012 and went on to become 2016 IndyCar champion.

However, he is also now one of Acura Team Penske’s third drivers for endurance races in IMSA, and says the current level of competition in U.S. sportscars is “intense”.

Following his outings in the Rolex 24 Hours at Daytona and the Sebring 12 Hours, Pagenaud told Motorsport.com: “The competition is really high right now – a lot more good drivers, good talent – and a lot more good cars.

“You would be surprised at how it’s pretty much flat-out the whole time – even more than IndyCar. Because you don’t really save fuel, that’s rare, and when you do it’s with the knob on the steering wheel.

“So it’s intense racing and I’ve had a great time with this Acura ARX-05. I’ve driven every iteration of Acura prototype, so it’s great to experience the evolution and also talk to the same engineers I was working with when I was at De Ferran Motorsports and Highcroft Racing.

“And I love this new car, and with Team Penske it’s really easy to transition from IndyCar one day to sportscar another day – I’ve done a lot of that.”

Pagenaud echoed the positive comments made by team manager Kyle Moyer regarding IMSA’s current Balance of Performance in Prototypes, and said he likes the variations in the DPi cars to reach roughly the same lap speeds.

“I love what they’re doing with the cars – very different look and very different behavior,” he remarked. “The beauty of that sport is that you get a Cadillac, a Mazda, a Ligier with the Nissan engine, and us with the Acura and each engine is built a different way.

“For example, the Cadillac has more torque, we have more top-end, and then you have the Mazda which is lighter and so it’s quicker through the corner but then it’s slower down the straightaway. And the bodykit for each car is different

“The Acura is really sleek and I see a lot of strengths for our car. It’s very well conceived. Right away from the very first laps in it, it felt like home – very forgiving, and very enjoyable.”