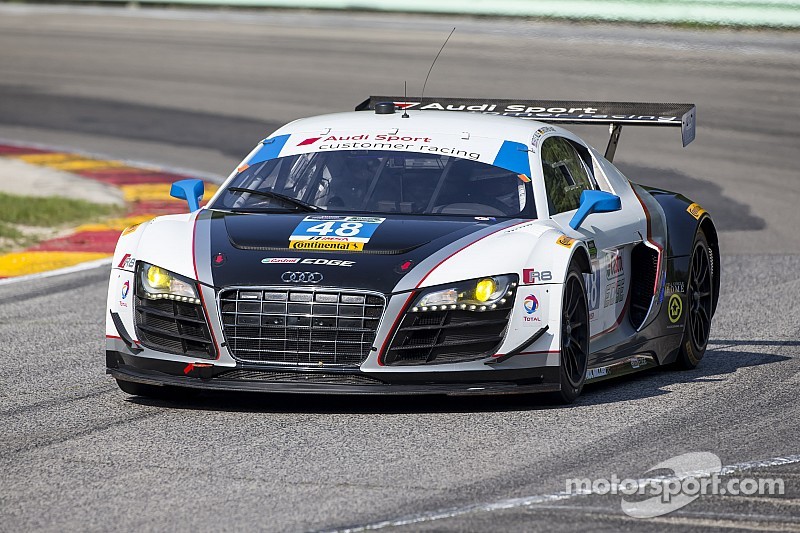 The eighth round of the IMSA TUDOR United SportsCar Championship would be a tough one for the No. 48 team, and many other competitors, but Paul Miller Racing's championship hopes remain alive despite finishing just outside of the top 10.

More than half of the timed 2-3/4 hour race was run under caution, with more than 90 minutes of yellow flags from six different incidents.

"I never saw a race like this, much less driven in one," Bryce Miller said. "I think the amount of caution time compared to the overall race time was ridiculous. There were so many incidents and we somehow got caught up in all of them. It never seemed to be our weekend. We just had to try and make something out of it, and the guys did a really good job. We need to focus on the next race and get back to doing what we do."

Gridding ninth, Miller made a strong start to his day, surviving a wild set of opening caution laps due to a spate of incidents around the track. The race-slowing cautions compounded the fact that the current rules BoP (Balance of Performance) clearly did not favor the Audi R8 LMS ranks on the four-mile Road America circuit.

A timely caution period just past the 30-minute mark gave the team a break they needed only to see Miller suffer a double contact incident. The first hit was in the door by a fellow Audi competitor, and moments later the No. 48 was struck again by a GTD-class Porsche that came together with Miller as he slowly drove his stricken Audi back to the pits.

Although the Audi driver later apologized, the incident cost the No. 48 team two laps and any realistic shot at the victory.

Haase took over and all attention turned to regaining the lost ground. The steady stream of cautions twice allowed the Paul Miller team to take advantage of yellow-flag wave-arounds to eventually claw back on to the lead lap in the final hour of the race.

With only minutes remaining, Haase charged to improve within the top-10 only to spin into the Turn 1 gravel trap. Safety crews eventually towed the No. 48 out but the team was back to being two laps down and locked into 11th place until the checkered flag.

"The weekend was very difficult for the Audi teams," Haase said. "We saw it in the performance. We were running on the edge and just couldn't go faster. By the end of the race we were running out of time. To improve the position I had to do something but it didn't work in the first corner. I spun and was in the gravel. I held the position but I couldn't improve it."

With the busy summer season still under way, Paul Miller Racing and several classes of the IMSA TUDOR Championship will return to action in less than two weeks at Virginia International Raceway, August 22 - 24. The featured Oak Tree Grand Prix can be seen in live coverage on FOX Sports 1, Sunday, August 24, at 4 p.m. EDT/1 p.m. PDT.

Scuderia Corsa wins one type of race at Road America