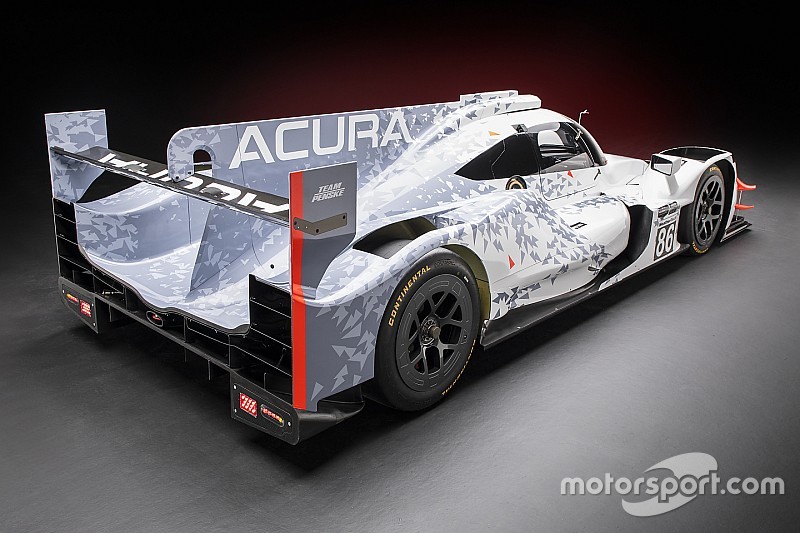 Roger Penske and HPD president Art St. Cyr hope to reveal the full 2018 lineup for their pair of Acura ARX-05s in the next two weeks, but wouldn’t confirm that 2009 Formula 1 champion Jenson Button was in the frame.

In Suzuka last weekend, Button admitted that his run in Super GT’s Suzuka 1000km had reawakened his interest in motorsport.

And while he dismissed the notion of going IndyCar racing (“It scares the shit out of me”), he spoke glowingly of the IMSA WeatherTech SportsCar championship, specifically the Prototype division.

“I love that there is a selection of tubs that they race with and then they can make it their own with the aerodynamic package and power unit," he said. "It's a growing sport, motorsport in America.

“The GT category is great but I'm not sure I can be in a car being overtaken by DP cars. That's something I can't get my head around.”

Button raced in F1 with Honda power from 2003 through 2008, and from 2015 to the end of his career, and is a favorite of the Japanese brand, so he would appear to be a natural choice for the Penske-Acura team.

Juan Pablo Montoya and Dane Cameron have been assigned one of the new ARX-05s in one car, but a fulltime partner for Helio Castroneves in the second car has not yet been named.

Penske told Motorsport.com: “We have not made a decision on who the other drivers will be in the Acura program – the second driver with Helio and the extra drivers for the three endurance races. That’s really in the hands of Art [St. Cyr] and the people at Honda and Acura.

“We obviously have our guys lined up the way we expected and this is now a chance to look across the range of drivers available, internally and externally – and by that I mean established IMSA drivers and others outside of IMSA – to see if there’s anyone that Honda wants, from a public relations standpoint. This would be a good opportunity for them.”

“I’m really looking to get the nod from [Honda/HPD] in the next week to two weeks to be able to announce the full lineup. I’ve had no direct contact with Jenson Button but if he has an interest, then he probably had a talk with the Honda guys.”

St. Cyr said: “The contracts are with the team but we have done a good job of narrowing down the field of who we mutually agree would work in this program. And Roger’s right, we haven’t made our final final decisions yet, but we’re closing in on it.”

Regarding Button, St. Cyr added: “There were some schedule conflict concerns that we have discussed with him [Jenson] but right now we haven’t made our final determination on drivers so I don’t really want to say yes or no. I personally haven’t had any discussions with Jenson.”

Button’s other main option is believed to be racing an Acura/Honda NSX in the Super GT Championship in Japan, but that series’ schedule would still allow him to be a third driver for IMSA’s endurance races – Rolex 24 Hours at Daytona, 12 Hours of Sebring and Petit Le Mans.

Asked if that was a possibility, St. Cyr stated: “We have several criteria when deciding who our drivers are going to be. Number one is that they have to be fast. Number two, this is a program designed to raise the profile of the Acura brand. Teaming with Penske gives the program instant credibility and it’s important to have a driver who fans instantly recognize. Number three, there’s some weight given to a driver’s understanding how to race in IMSA, how to endurance race, and having knowledge of the tracks we race at.”

On the subject of Penske’s IndyCar drivers – Will Power, Josef Newgarden and Simon Pagenaud – participating in the enduros, despite racing for Chevrolet and against Honda in their fulltime rides, St. Cyr said: “Our requirements are speed, good representation of the brand and it’s really about winning races. If those drivers fit that bill, they will be considered. It’s not out of the question at all.”

Button, Penske interested only in top class at Le Mans

Both Button and Penske admitted they have an eye on the 24 Hours of Le Mans, but neither are interested if they can’t go for outright wins.

With the LMP1 category’s future uncertain following the withdrawal of Audi last year and Porsche at the end of this season, both suggested that it would require LMP2 to become the premier class in the FIA World Endurance Championship to lure them to the French classic.

Button said: “I'd love to do Le Mans at some point, but I'm not sure it's the right time to jump in and do it. I think the LMP2 category is awesome; there are so many teams, there’s a lot of talented drivers… but you have P1. I can't get my head around racing a car that is 20 seconds slower than something else."

Penske commented: “I’m hoping that with the big teams pulling out, there may be a chance for us to transition to a car maybe similar to this [Acura ARX-05] and run at Le Mans in the next couple of years. It depends on the ACO [Automobile Club de l’Ouest, governing body at Le Mans] and the rules.

But he maintained his long-held stance that racing merely for a class victory wasn’t part of the plan. Asked if he was interested if he couldn’t go for the outright win, he said: “No. The answer is no. So I think us racing there is a long putt right now. We wait and see what happens with the rules.”