Taylor: Rolex 24 was "one that got away" for Penske-Acura 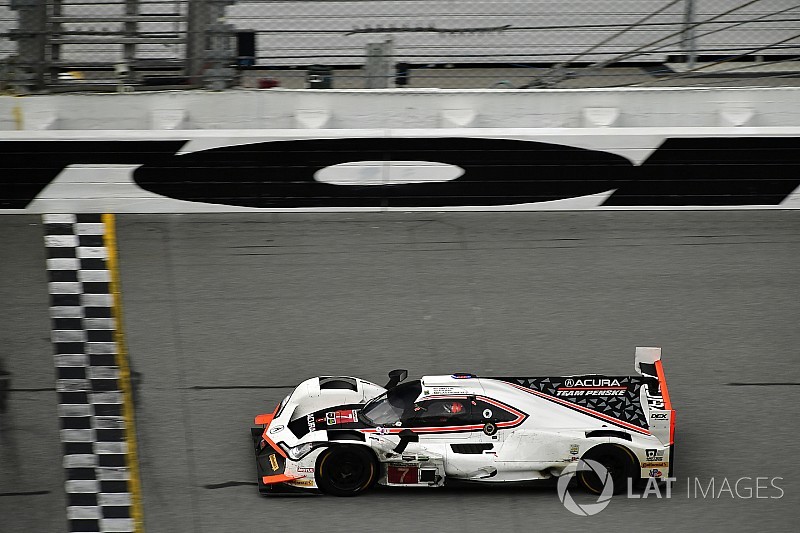 Team Penske driver Ricky Taylor believes a clear opportunity was missed to give the new Acura ARX-05 a debut victory in last weekend's Rolex 24 at Daytona.

Taylor, who shared the #7 Acura with Helio Castroneves and Graham Rahal, described the opening round of this year's IMSA WeatherTech SportsCar Championship "as one that got away" for Penske.

Both Penske Acuras were in the fight on Sunday morning with the pair of Action Express Cadillac DPi-V.Rs that finished one-two in the race before encountering problems.

The #6 Acura driven by Juan Pablo Montoya, Dane Cameron and Simon Pagenaud required an alternator change in the 16th hour and the #7 sustained bodywork damage after an incident with Felipe Nasr's AXR Cadillac after the final safety car in hour 18.

"It feels like one that got away given the problems that the Cadillacs had at the end, because we had no mechanical issues at all," Taylor told Motorsport.com.

"It was an amazing race, with a relentless pace, so it would have been interesting to see what would have happened if we had been able to race hard to the end."

Cameron used similar language to Taylor to describe the disappointment of the Penske, which notched up ninth and 10th-place finishes with its two cars after the delays.

"It feels like one potentially got away from us here and it would have been nice to have been in a fight for the win at the end," he said.

"We know we have a strong Acura ARX-05 and we are gearing up to make a run at the championship. While one race may have gotten away, we still have a lot of big ticket races to win this year, along with the championship.”

Taylor agreed that that either of the two Penske Acuras could have won but for their problems.

"It was kind of flip-flopping back and forth between our two cars," he explained. "Our car was really strong during the night and the other cars was perhaps a little better during the day."

The Action Express cars both encountered overheating problems in the closing stages and had to back off, allowed the third-placed CORE autosport Oreca to come back from a deficit of six laps on the leaders to finish only 90 seconds behind.

Mixed success for Canadians in Daytona