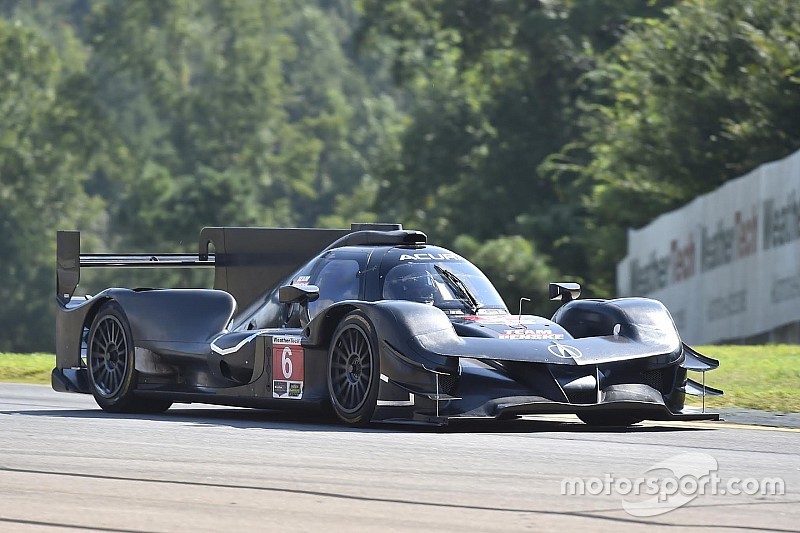 The new-for-2018 Acura ARX-05 has completed a two-day test at Road Atlanta with two-time Indy 500 winner Juan Pablo Montoya at the wheel.

Following its unveiling at Monterey Car Week, this was the first outing for the new DPi-spec prototype following an initial shakedown at the Paul Ricard track in France last month.

“Overall, it was a good test,” said Matthew Niles, senior engineer and project leader for Honda Performance Development. “We were close to the area of total solar eclipse [on Monday], so we had to stop running for a bit as the sun was dimmed.

“We went on to complete all of our run plan, and feel we have a good base to build on going forward.”

This week’s run was the first of a series of tests, to be conducted at a variety of circuits, planned by Penske and HPD before its race debut at the Rolex 24 at Daytona next January.

Montoya will be partnered by reigning IMSA Prototype champion Dane Cameron, who is currently still competing for Action Express Racing in the 2017 WeatherTech SportsCar Championship.

The lineup for the second ARX-05 has still not been announced, although rumors increase that one of the drivers will be current IndyCar ace Helio Castroneves.

However, team president Tim Cindric has stated that the squad is allowing the Brazilian veteran to focus on striving for his first IndyCar Series championship over the remaining three rounds of the open-wheel series. Castroneves currently lies third in the title race, just 22 points from leader and teammate Josef Newgarden.