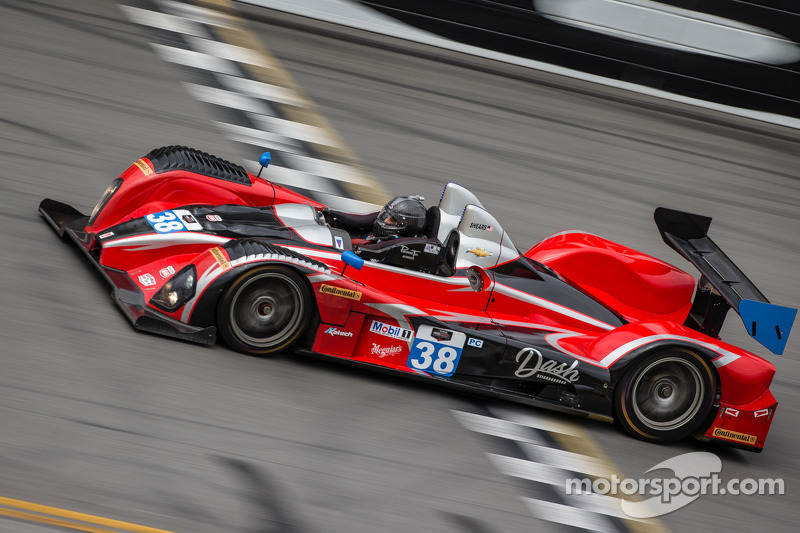 Performance Tech packed up their Prototype Challenge (PC) car and brought out several different drivers to the winter test session.

DAYTONA BEACH - The Daytona International Speedway is rooted deep in history as one of the greatest tracks in all of racing. Performance Tech Motorsports took part in an offseason test session at the storied track this week to prepare for the first race of 2014, the Rolex 24 at Daytona for the Tudor United SportsCar Championship. 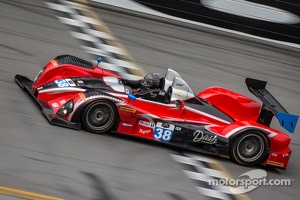 However, having the test session cut in half was of little concern to the team. Team owner and principal Brent O'Neill felt they had captured the needed data in their Tuesday session at the 3.56-mile track located just three hours north of his Florida-based shop.

"It is what it is for everyone," O'Neill began. "I think we got the data we needed and I think we'll have a good car for Daytona. We were mostly going to practice long runs out on track for day two."

The team invited out a few veteran drivers to test in the PC car, sporting the number 38 rather than 18 like last year. Former IndyCar driver Raphael Matos along with Jarrett Boon, who previously ran with Performance Tech in 2011, joined the confirmed 2014 PC driver Charlie Shears.

Shears' confidence has exponentially grown since the 2013 season. O'Neill believes the difference in his racecraft is more than evident.

"I really believe there is a good difference in Charlie from last year," O'Neill said. "He's more comfortable in the car, he's more comfortable with the team. He can just hop in the car and go. He gets up to speed quicker when he's out on track. Charlie had a few hiccups but he's moved forward. He'll be ready for Daytona."

Being back in the PC car had Shears feeling right at home. Anxious to mark Daytona off of his racing "bucket list" he was slightly disappointed that testing was cut short.

"Not having another test day does affect everyone in some way I am sure," Shears said. "The more time in the seat the more comfortable you feel with the track.

I am looking forward to the race. It's going to be very demanding as you know but it is one of those races that is on the bucket list."

Familiarity with the team gave Boon confidence in the car despite being on an unfamiliar track.

"Having not been here before, I think Daytona is a great track," Boon said. "I think it has a tremendous amount of history and speed. It commands a lot of respect and the entire Performance Tech team did an amazing job dialing the car in."

Each driver demonstrated considerable talent for a promising season ahead. Performance Tech finished Tuesday on the top of the speed charts with a best time of 1:42.803. The team will return to Daytona International Speedway for the 52nd Anniversary of the Rolex 24 January 23,2014, ushering in a new era in sports car racing history as the opening event on the newly formed Tudor United SportsCar Championship schedule.

Successful testing at Sebring and Daytona for TRG-AMR North America