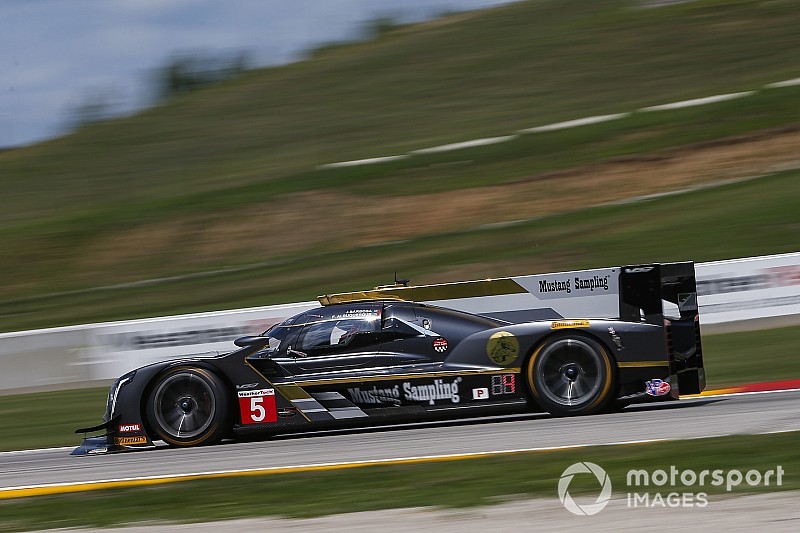 Albuquerque set a fastest time of 1min11.878sec to beat Nasr by 0.274sec, with Taylor less than half a tenth behind, as preparations began for the 10-hour IMSA WeatherTech SportsCar Championship finale.

Ricky Taylor slotted the faster of the Acura Team Penske ARX-05s into fourth, but enduro co-driver Graham Rahal ground to a halt on track reporting loss of drive and bringing the one-hour session to a slightly early end.

The session's other red flag was caused when the #99 JDC Miller Motorsports Oreca stopped on course.

Oliver Jarvis was within half a second of the top time in the Mazda RT24-P, with Colin Braun sixth in the CORE autosport Oreca, just ahead of the two ESM Nissans.

In GT Le Mans, Dirk Muller and Ryan Briscoe delivered a 1-2 for Chip Ganassi Racing’s Ford GTs ahead of championship favorite Antonio Garcia in the #3 Corvette C7.R and Laurens Vanthoor in the #912 Porsche 911 RSR.

Vautier to sub for injured Barbosa at Petit Le Mans