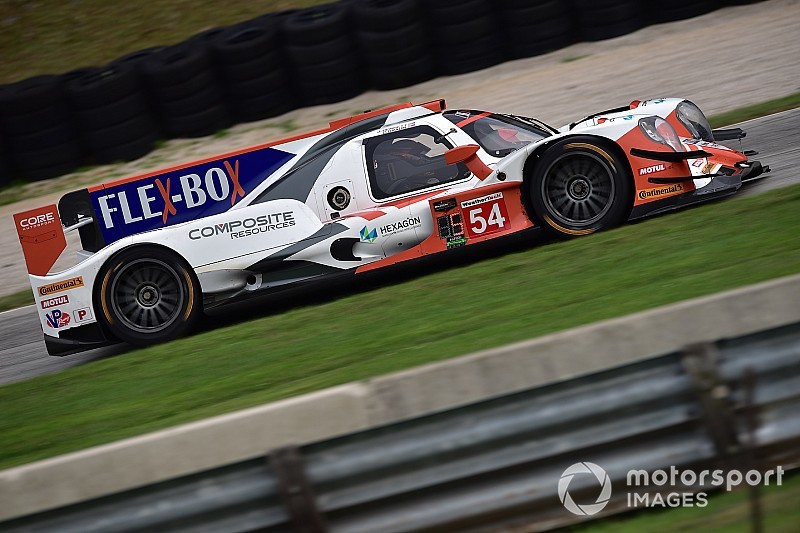 Colin Braun put a P2 car on top in second Petit Le Mans practice when he lapped the Road Atlanta course in 1min11.669sec to beat the best efforts from Tristan Vautier and Juan Pablo Montoya.

Braun’s CORE autosport Oreca, which he will share with Jon Bennett and Romain Dumas, was 0.137sec ahead of this morning’s pace-setting car, the #5 Action Express Racing Cadillac DPi-V.R, in which Vautier is subbing for the injured Joao Barbosa.

Montoya was third for Acura Team Penske, but over a quarter-second adrift of Braun, while the Mazda RT24-Ps of Jonathan Bomarito and Oliver Jarvis were a mere one-hundredth of a second behind.

The second Acura ARX-05 of Ricky Taylor claimed P6 ahead of the ESM Nissans of Norman Nato and Timo Bernhard.

Jan Magnussen snuck the #3 Corvette C7.R ahead of Richard Westbrook’s Ford GT by hundredths of a second to head GT Le Mans, with Marcel Fassler – who will serve as third driver for both the #3 and #4 Corvette – claiming third fastest.

Earl Bamber was the quickest of the Porsche 911 RSR drivers, ahead of John Edwards, who’ll share his BMW M8 with not only Jesse Krohn as usual, but also Supercars star Chaz Mostert.

Jeroen Bleekemolen sent the Riley Mercedes AMG GT to the top of GT Daytona but was a barely a tenth quicker than Dillon Machavern in the Turner Motorsports BMW M6 and Christopher Mies in the Land Motorsport Audi R8.