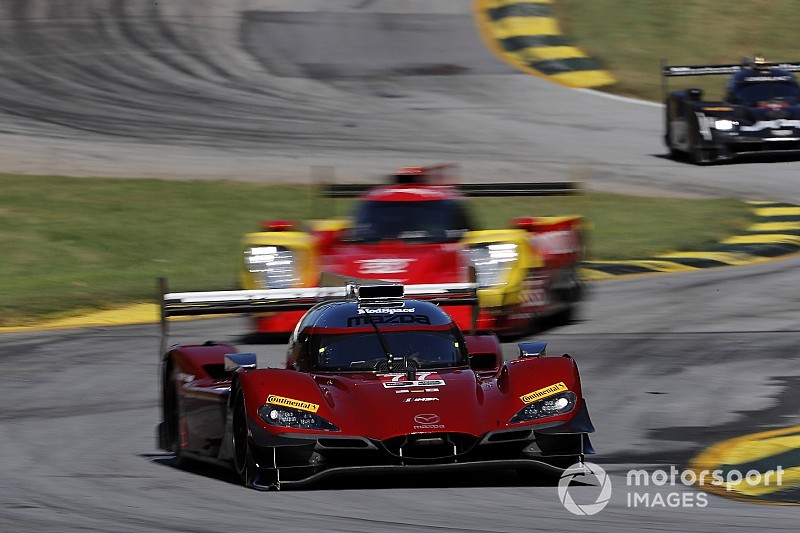 Jarvis lapped the 2.54-mile course in 1min10.786sec to beat Albuquerque’s best in the #5 Action Express Racing Cadillac DPi-V.R, but amazingly the next two cars were also within one-tenth of a second of top time.

Next up were the two ESM Nissans of Norman Nato and Pipo Derani, followed by Jonathan Bomarito in the second Mazda and Renger van der Zande in Wayne Taylor Racing’s Cadillac.

Colin Braun and Simon Trummer completed the Top 10 in the first two P2 cars, the Orecas of CORE autosport and JDC-Miller Motorsports respectively.

Tommy Milner and Antonio Garcia made it a Corvette 1-2 in GT Le Mans, with John Edwards just a few hundredths behind in the impressive BMW M8. The two Ford GTs of Richard Westbrook and Joey Hand were fourth and sixth, split by Earl Bamber’s Porsche 911 RSR.

Their teammate Mario Farnbacher was fourth, the Acuras searated by Jack Hawksowrth’s 3 GT Racing Lexus RC F, while Magnus Racing’s Andrew Davis made it two Audis in the top five.