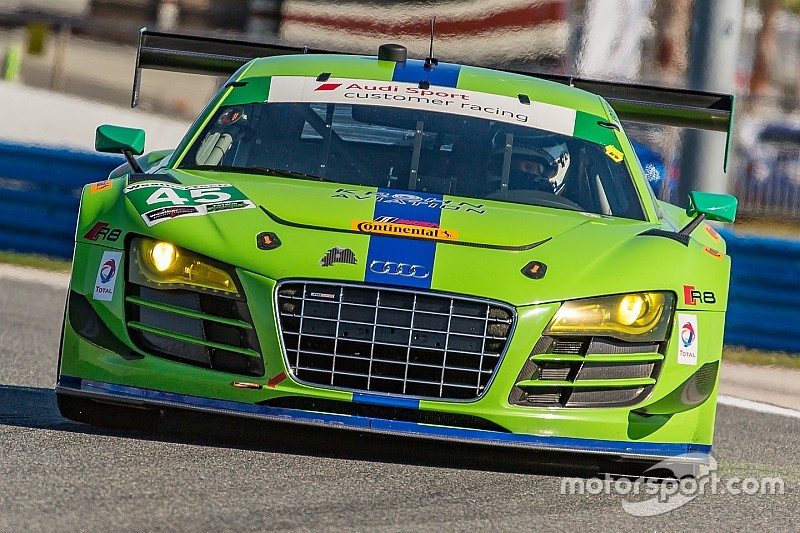 As a continuation of the Rolex 24 at Daytona program earlier this year, Flying Lizard Motorsports will return to Sebring International Raceway with Krohn Racing for the 64th Mobil 1 Twelve Hours of Sebring Fueled by Fresh from Florida. Reprising his role, Audi Sport pool driver Pierre Kaffer will again join the team, bringing in a strong resume at this event having previously won the 12 Hour three times. In addition to two GT2 wins in 2009 and 2010, the German driver also won the event overall in 2004, in the Audi R8 LMP1.

The No. 45 Audi R8 LMS ran competitively in Round 1 at the 24 Hours of Daytona, despite contact from another car early in the race. The contact resulted in continuing problems for the team, causing the car to retire early 18 hours in. The 64th running of the Mobil 1 Twelve Hours of Sebring Fueled by Fresh from Florida is the second race on the IMSA WeatherTech SportsCar Championship calendar. Flying Lizard Motorsports has celebrated victory previously at the event, earning one win and an additional four podiums.

"I'm happy to be back with the team this weekend," said Kaffer. "I think we were unlucky in Daytona and I'm pretty sure we will have some more luck over here in Sebring. It's one of my favorite tracks in United States and it`s nice to be back in an Audi after my win in 2004 overall."

"We are looking forward to getting back to Sebring for the 12 Hour," said Program Manager Darren Law. "It's such a historic event and one of my favorites on our schedule. Flying Lizard has had some epic races there through the years, and have won this event before. Our Audi R8 LMS will be sure to have a competitive package heading into the event. We have a good driver lineup and hope to be back on the top step of the podium again."

Corvette DPs at Sebring: Another podium sweep in the works?