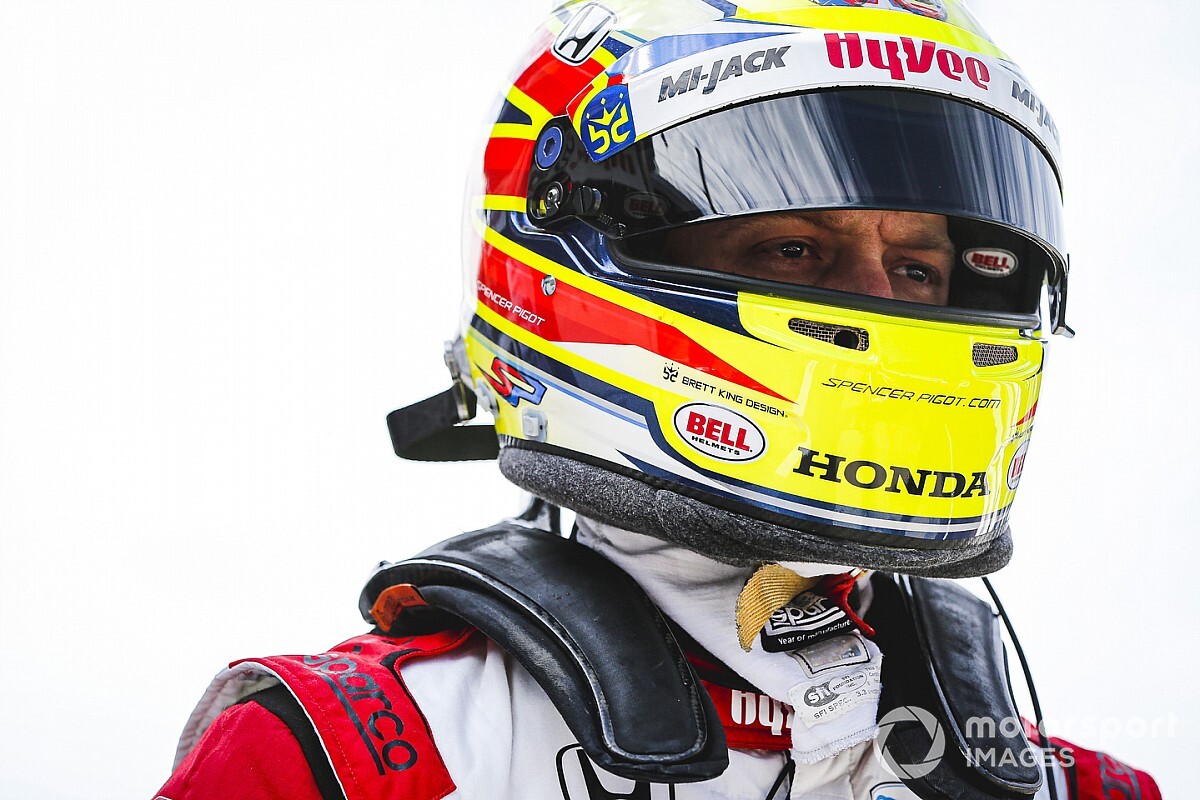 Riley Motorsports has hired Spencer Pigot to race its Ligier JS P320 in the Rolex 24 Hours, substituting for Felipe Fraga, who remains in Brazil due to a COVID-19 related immigration issue.

Pigot, who has 57 IndyCar starts to his name, has also started several IMSA WeatherTech SportsCar Championship rounds over the past five seasons. Mazda hired him as a “third man” for its Prototypes from 2016 through ’18, while he raced Juncos Racing’s Cadillac in 2019 and helped PR1/Mathiasen Motorsports claim an LMP2 win in the Sebring sprint race last year.

The 2015 Indy Lights champion will now join fellow Lights champ Oliver Askew alongside Gar Robinson and Andrews for the Rolex 24 Hours at Daytona as LMP3 entries join the field for the first time.

“I’ve known Spencer for a while now and it will be great to have him with us for Daytona,” said Riley Motorsports team principal, Bill Riley. “It’s a shame that Felipe will not be able to join us, but we are excited to continue our pursuit of the LMP3 championship with him in Sebring.”

With the 24-hour classic not counting towards the six-round LMP3-class championship, Fraga – hired by Riley as fulltimer alongside Robinson – can miss the event and still remain in contention for the class’s drivers’ title upon his return to North America.

“I’m devastated to not be able to compete in the Rolex 24 as planned, but look forward to cheering on my teammates,” Fraga added. “From here, I’m all eyes on the championship with Riley Motorsports and Gar Robinson.”

Pigot commented: “I'm really looking forward to joining Riley Motorsports for the Rolex 24 Hours of Daytona. The team has such a successful history at this event and hopefully we can add another victory. I haven't driven the LMP3 car before so it will be an exciting challenge.

“As always it's going to be a very difficult race, but I will have great teammates in Gar, Oliver and Scott and I'm confident that we will be able to fight for a Rolex.”

Though new to the Riley Motorsports team, the addition of Pigot will bring things full circle for Robinson, who has a unique past with the Florida native.

“We’re all sad that Felipe can’t join us for reasons outside of his control, but couldn’t think of a better substitute than Spencer Pigot,” said Robinson. “Spencer was actually one of my instructors at the Skip Barber Racing School when I was younger, so I’m excited to work with him again at Daytona.

“Running with Riley Motorsports in an LMP3 car with Spencer, Scott, and Oliver, at the Rolex 24 sounds like a hell of a party and I’m ready.”

The great history of the Daytona 24 Hours