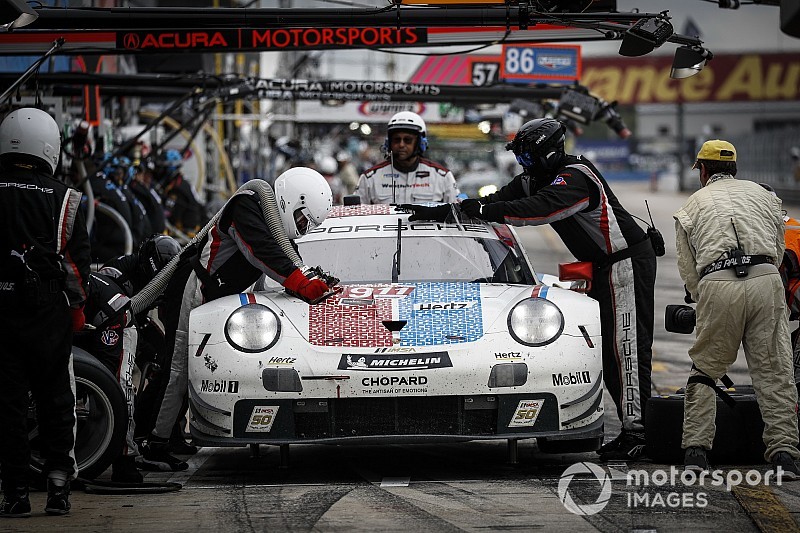 The GT Le Mans-class winning Porsche team got “lucky” with the timing of the final caution period at the end of the Sebring 12 Hours, admits Nick Tandy.

Along with his teammates in the #911 Porsche 911 RSR, Patrick Pilet and Frederic Makowiecki, Tandy completed a sensational last-to-first comeback in Saturday's second round of the IMSA WeatherTech SportsCar Championship season.

It came after both GTLM-class Porsches struggled badly in the wet early stages, dropping off the lead lap, before mounting a recovery when the track dried out later on.

The second caution period of the race allowed the #911 to get back on the lead lap, and once Tandy took over for the final part of the race he was able to move up from fourth to the lead, passing Ryan Briscoe’s #67 Ford GT.

Briscoe closed in on Tandy in the closing stages before one final yellow was called with less than 20 minutes left on the clock, after which Tandy held on for victory as Briscoe spun after getting caught up in lapped traffic.

“It was a fuel mileage race,” said Tandy. “The penultimate yellow [with two hours to run], us and the [67] Ford were trying to stretch it. We weren’t sure we would make the end.

“We were lucky with the caution at the end, which took [fuel] out of the equation and it was a straight fight for the last four laps.

“We had to stop a lap earlier than them on the last stop, but then we had a tyre advantage and we could leapfrog them on the outlap. But we had one less lap so we had to save more fuel to finish.”

He added: “We were trying to save one more [lap] than we thought we might need as a bit of an insurance, and then the Ford started coming back at us.

“It was gonna be tight, there was 20 minutes to go… I was just happy to see the yellow!”

Asked why Porsche struggled so badly in the rain, Tandy said the team had “no idea” what happened, saying the 911 RSR struggles on the standard GTLM Michelin wet tyre.

“We threw everything at it,” said Tandy. “After Daytona, we thought ‘it’s probably because of this’, so this weekend we went completely the other way. And we’re even worse!

“It’s this tyre. The WEC uses the confidential wet, but we have to use the same tyre as everyone else in GTLM and GT Daytona and it just does not work on our chassis.”

Pilet, who started the #911 car after qualifying on pole on Friday, described his team’s recovery as “just unreal”.

“We managed to come back from nowhere, that’s why we love racing in the US, because everything is possible,” said the Frenchman.

“When the track dried we knew we will maybe have a chance, we had to keep pushing and try to get a lap [back]. We needed a bit of luck with the yellows and it happened.

“Nick made the difference in the last stint, he had a really good outlap. When the Ford came he was on hot tyres and he managed to overtake, that for me was the key point.” 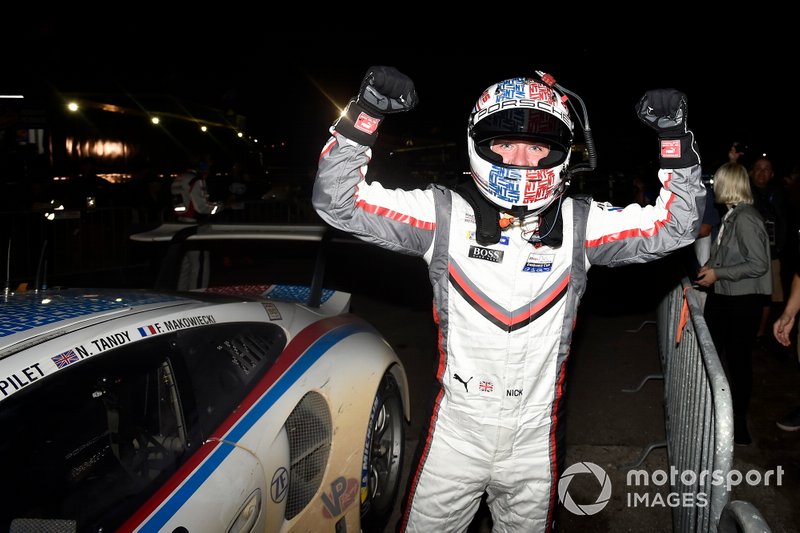