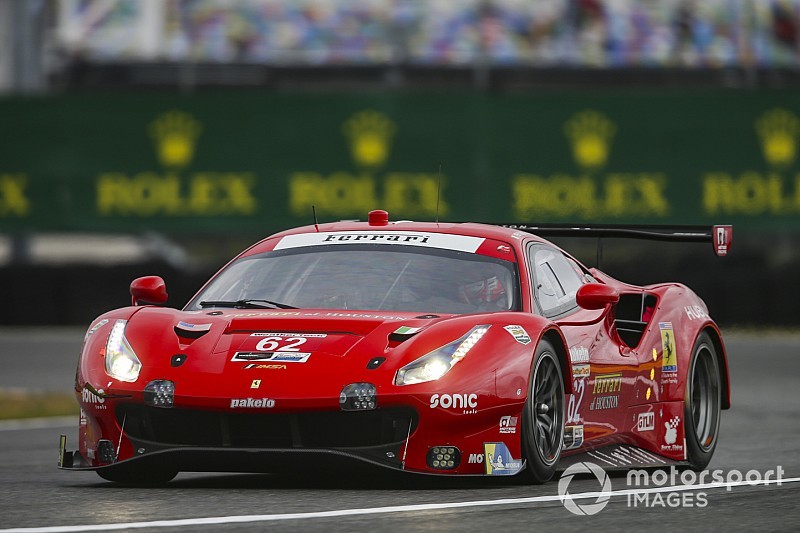 The Risi Competizione Ferrari has “no chance” against its factory GT Le Mans class opposition in this weekend’s Rolex 24 at Daytona, believes James Calado.

IMSA stalwart team Risi has entered a sole Ferrari 488 GTE to contest the opening round of the WeatherTech SportsCar Championship in what is for now a one-off entry.

Davide Rigon qualified the car fourth in class, half a second off the pace set by Nick Tandy in the #911 Porsche 911 RSR with the help of a double slipstream from the two Corvettes.

But Calado believes the Risi Ferrari’s true pace is slower than that and that he and teammates Rigon, Alessandro Pier Guidi and Miguel Molina stand little chance against the two-car lineups of Porsche, Corvette, BMW and defending race winners Ford.

“The laptime is what we expected,” Calado told Motorsport.com. “I think we’re about eight tenths a lap off on pace.

“So I think we just need to try and do something different to try and luck in to something. Otherwise we’re going to be last on pace alone.

“It’s horrible. We’re changing things on the car, looking for eight tenths, but it gets to the point where the drivers can’t make the difference. We’re stuck.”

Elaborating further on the problems faced by the lone Risi entry, Calado added: “It’s everything. We’re heavy, which is a problem in the infield, and we’re having to run really low wing [angle] to get some speed back.

“The top speed looks ok, but getting there, the others are way ahead, and using way more wing. They’ve got more downforce, they’re lighter, more power.

“With factory teams [in the class], as an independent team doing one-offs, we’ve got no chance at all. We’re nowhere near that level at the moment.

“It’s annoying, honestly. We haven’t got the materials to do the job.”

Asked to name a favourite for GTLM class victory, Calado responded: “Corvette looks strong, as always. Porsche and Ford… it will be close between them.

“But rightly so. They’re doing it properly, that’s the way it is.” 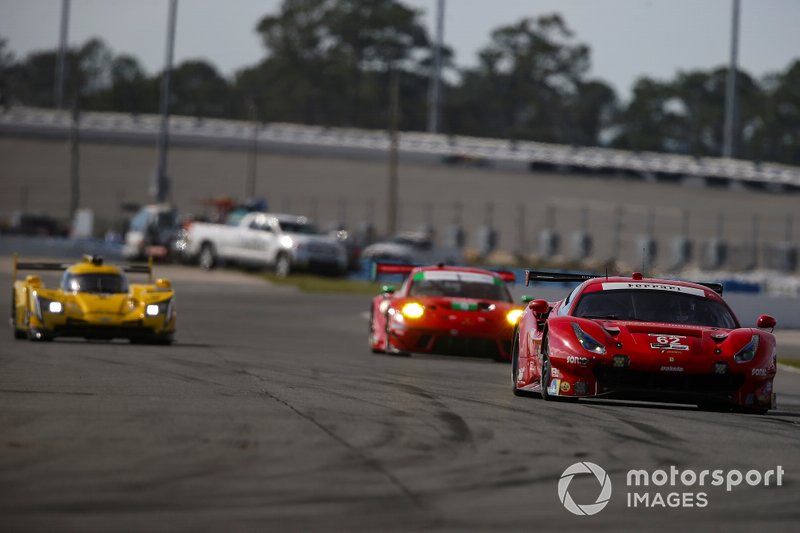