After qualifying third for the penultimate Michelin Endurance Cup event of the year, Davide Rigon and Daniel Serra showed rapid pace in the #62 Ferrari 488 GT3 Evo, grabbing the lead from the #25 RLL BMW M4 GT3 of John Edwards, Connor de Phillippi and Augusto Farfus with two hours to run.

Serra, who was then in the driving seat, had stretched out a lead of nearly 20 seconds when the race had to be red-flagged according to government regulation following lightning in the area.

When the action resumed with 21 minutes left on the clock, Serra held on to his position against the chasing pack, but a first IMSA victory for Risi since 2019 went begging when the Brazilian had to bring the car to the pitlane for a late splash-and-dash.

The extra pitstop dropped the #62 crew to third at the finish, although the team was later promoted to second after the #25 BMW was stripped of its class win for a driving time infraction.

Having also finished second in the season-opening Rolex 24 at Daytona following a clash between the two-leading Porsche cars on the final lap, race engineer Rick Mayer said it feels like Risi Competitizone is ‘always the bridesmaid and never the bride’.

“It was a challenging weekend with a very condensed schedule, very little down time for the crew,” said Mayer, whose team has only competed in the three IMSA enduros so far this year.

“We rolled off with a good car and improved it through the two sessions. We didn’t have the fastest car this weekend, but luck went our way and the drivers did an exceptional job and the pit stops were flawless.

“We just ended up about three laps short on fuel after the red flag restart. It seems we are serial bridesmaids.” 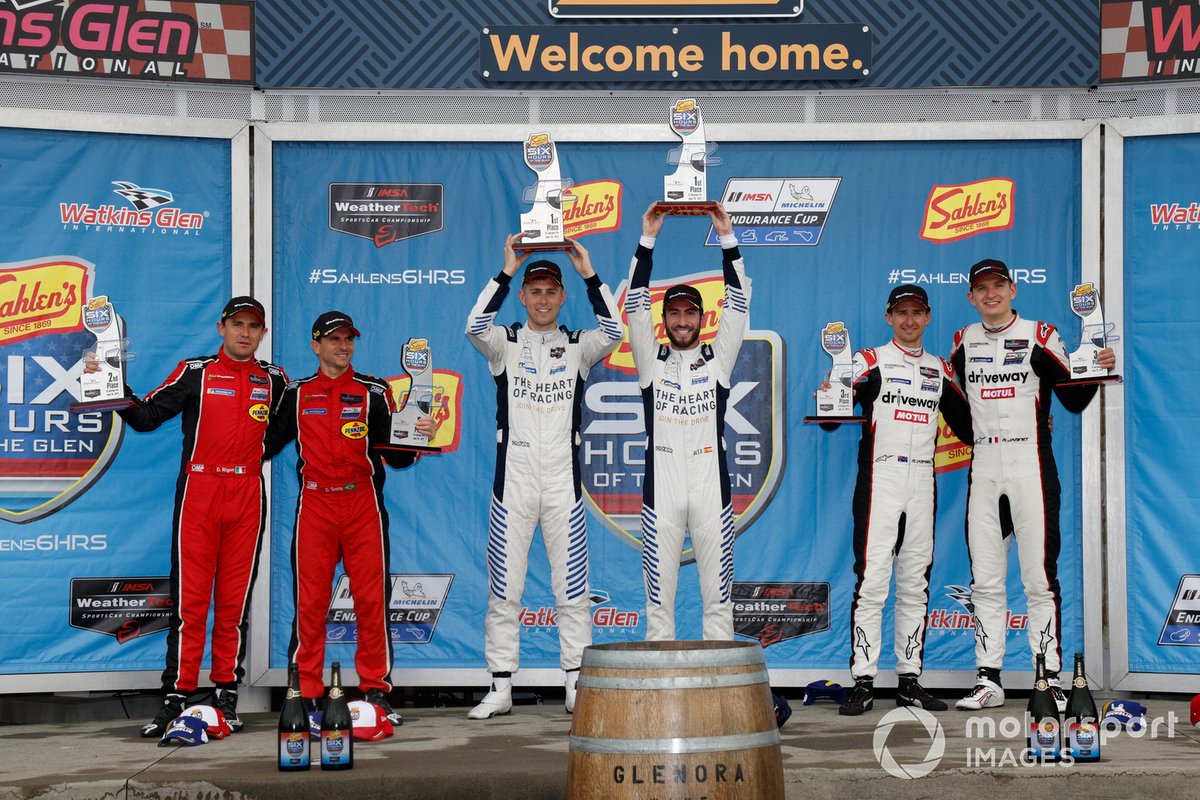 Factory Ferrari driver Serra lamented the timing of the red flag that wiped out a sizeable lead for the Risi team, but praised the squad for overcoming the 488 GT3’s straightline speed deficit over its rivals.

“I think we were a bit unlucky with the red flag,” rued Serra. “Unfortunately, they stopped the clock during the red flag, and we then had to do one more stop and some of the other competitors didn’t.

“Anyway, I think the team did a great job. They executed everything perfect, and the car was good. It was tough to race because we did not have the straight-line speed to fight or overtake the others.

“We were quick in the corners but were probably the slowest on the straight-line speed. The team did well, and Davide did a really good job and now I think we need to start thinking about the next one.”

Sebastien Bourdais gapped the field by more than 0.3sec to end second practice for IMSA’s finale, Petit Le Mans at Road Atlanta, in the final event for the Cadillac DPi-V.R.

Kamui Kobayashi has clarified this weekend's Petit Le Mans will mark his final IMSA WeatherTech SportsCar Championship outing at the wheel of a Cadillac.