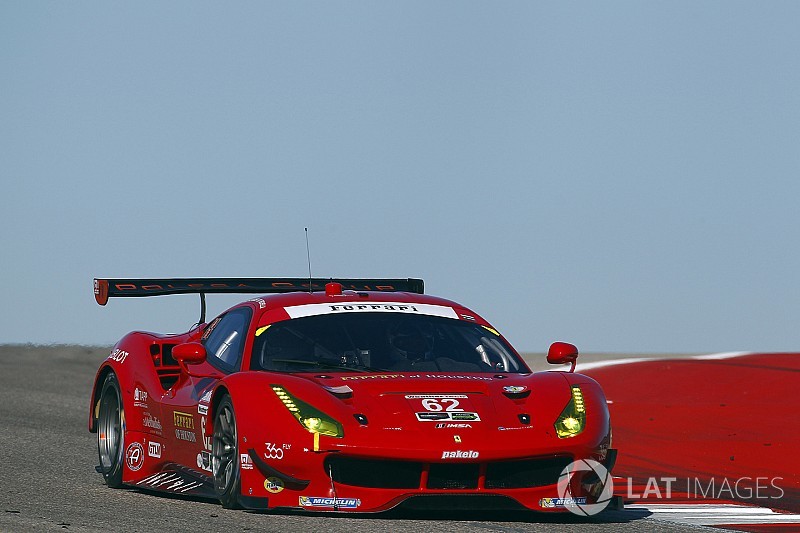 The Risi Competizione Ferrari squad will return to the IMSA SportsCar Championship for the final three rounds with team regulars Giancarlo Fisichella and Toni Vilander.

The Houston-based team has confirmed that it will make its comeback after an absence of four IMSA races with a solo Ferrari 488 GTE at the Virginia International Raceway on August 27.

Risi will then contest the Laguna Seca race in September ahead of the defence of its GT Le Mans class crown at the Petit Le Mans 10-hour enduro at Road Atlanta in October.

The decision was made to temporarily withdraw from the IMSA series to conserve resources after a run of accidents culminating in a massive shunt during the Le Mans 24 Hours in June.

Pierre Kaffer, who joined Fisichella and Vilander at Le Mans, was pitched into the barriers at the first chicane on the Mulsanne Straight after he was hit by the TDS Racing ORECA-Gibson 07 driven by Matthieu Vaxiviere.

Team boss Giuseppe Risi said: "We have taken a hiatus since Le Mans, but now plan to complete the season at VIR, Laguna Seca and the season finale at Road America."

Fisichella and Vilander finished third in GTLM together with fellow Ferrari factory driver James Calado in the season-opening IMSA enduros at Daytona and Sebring.

They retired as the result of accidents from the subsequent Long Beach and Austin rounds.