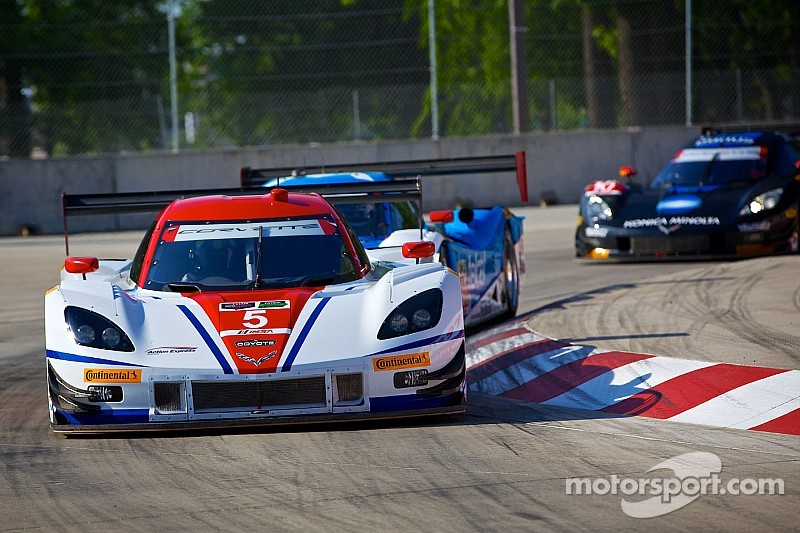 ELKHART LAKE, Wis. – A points battle that is nail-bitingly close continues this weekend on a race track that is the longest on the TUDOR United SportsCar Championship schedule.

The first of those three races is Sunday’s Continental Tire Road Race Showcase (same-day tape, FOX Sports 1, 5:30 p.m. CT) at Road America, a 4.048-mile, 14-turn road course. The race track, which opened in 1955 and is situated in Wisconsin’s Kettle Moraine, has been labeled by one veteran motorsports journalist as the “best test of road racing in North America.”

The Action Express Corvette was the stronger car at Indy and they took the lead in points, partly due to our misfortune at the start of the race.

“Road America has the longest distance per lap than any other track we race, so precise fuel management will be critical,” said Action Express team manager Gary Nelson. “Add the very long, uphill pit road and it can turn what is usually a small thing like running out of fuel on pit lane into a huge setback.”

Barbosa and Fittipaldi wrested the points lead from brothers Jordan and Ricky Taylor after winning the Brickyard Grand Prix at Indianapolis on July 25. In that race, Ricky Taylor’s car was among several involved in a first-lap incident in turn one, which effectively ended the brothers’ hopes of maintaining the Prototype advantage. Sunday’s race at Road America marks the first time in three races the No. 10 Konica Minolta Chevrolet Corvette DP for Wayne Taylor Racing co-drivers do not hold the points lead.

"It was a lot of pressure leading the points,” Ricky Taylor said. “The Action Express Corvette was the stronger car at Indy and they took the lead in points, partly due to our misfortune at the start of the race. But now, we are on the offensive and they have all the pressure to hold us off… I am excited to be the one putting the pressure on.”

Although the Action Express and Wayne Taylor Racing teams are separated by a scant point margin, there is no shortage of competitors ready to pounce. Michael Valiante and Richard Westbrook, in the No. 90 VisitFlorida.com Racing Corvette DP, are in third place, 11 points behind the leaders. In fourth place is Gustavo Yacaman, who will be rejoined by driver Olivier Pla this weekend, in the No. 42 OAK Racing Morgan/Nissan, 17 points back. Scott Pruett and Memo Rojas, who share driving duties in the No. 01 Chip Ganassi Racing with Felix Sabates Ford EcoBoost/Riley DP, are 24 points in the rear.

While not as tight as the Prototype class standings, the race in GT Le Mans (GTLM) is heating up as Jonathan Bomarito and Kuno Wittmer ended a streak of four consecutive victories for the No. 3 Corvette Racing Chevrolet Corvette C7.R of Antonio Garcia and Jan Magnussen at Indianapolis. With the win, the drivers of the No. 93 Dodge Viper SRT GTS-R are now 13 points behind Garcia and Magnussen, 219-206.

Trent Hindman and John Edwards, co-drivers of the No. 46 Trim-Tex/Cirrocco Ozzimo BMW M3 for Fall-Line Motorsports, based in Northbrook, Ill. – about a two-hour drive from Road America – hold a 15-point lead in the Grand Sport class.

Carl Edwards to race at IndyIRP