Rolex 24 Hours at Daytona: Schedule, how to watch on TV, and more

All you need to know ahead of the 2023 season-opening action for the IMSA WeatherTech SportsCar Championship in the Rolex 24 Hours at Daytona.

The 61st Rolex 24 Hours at Daytona International Speedway starts at 13:40 ET on Saturday, January 28. Sixty-one cars will take the green flag in America’s biggest sportscar race of the year, which kicks off the IMSA season.

New for 2023 is the GTP class – prototype sportscars from Acura, BMW, Cadillac and Porsche – that feature electrical hybrid systems, as IMSA embraces a new era.

Subsidiary classes are for LMP2 and LMP3 prototypes, featuring an array of professional and amateur drivers. The GTD ranks are for production-based cars, and these are divided into two separate classes – one for all-pro driver lineups and one for pro-am.

Qualifying was held on Sunday, and here is what happened.

How can I watch the Rolex 24 Hours at Daytona?

From Saturday afternoon, live TV coverage is available on NBC’s Peacock streaming service for the full 24-hour cycle, while network NBC will provide 10 minutes of build-up and then the first 50 minutes of the race, and then the final 1hr40mins and 20mins of post-race.

In the meantime, USA Network will cover 13.5 hours of the race.

What type of track is Daytona?

The Daytona International Speedway road course is a 3.56-mile layout that incorporates all three turns of the banked tri-oval but inserts a fiddly infield section and a ‘Bus Stop’ chicane to create a total of 12 turns. 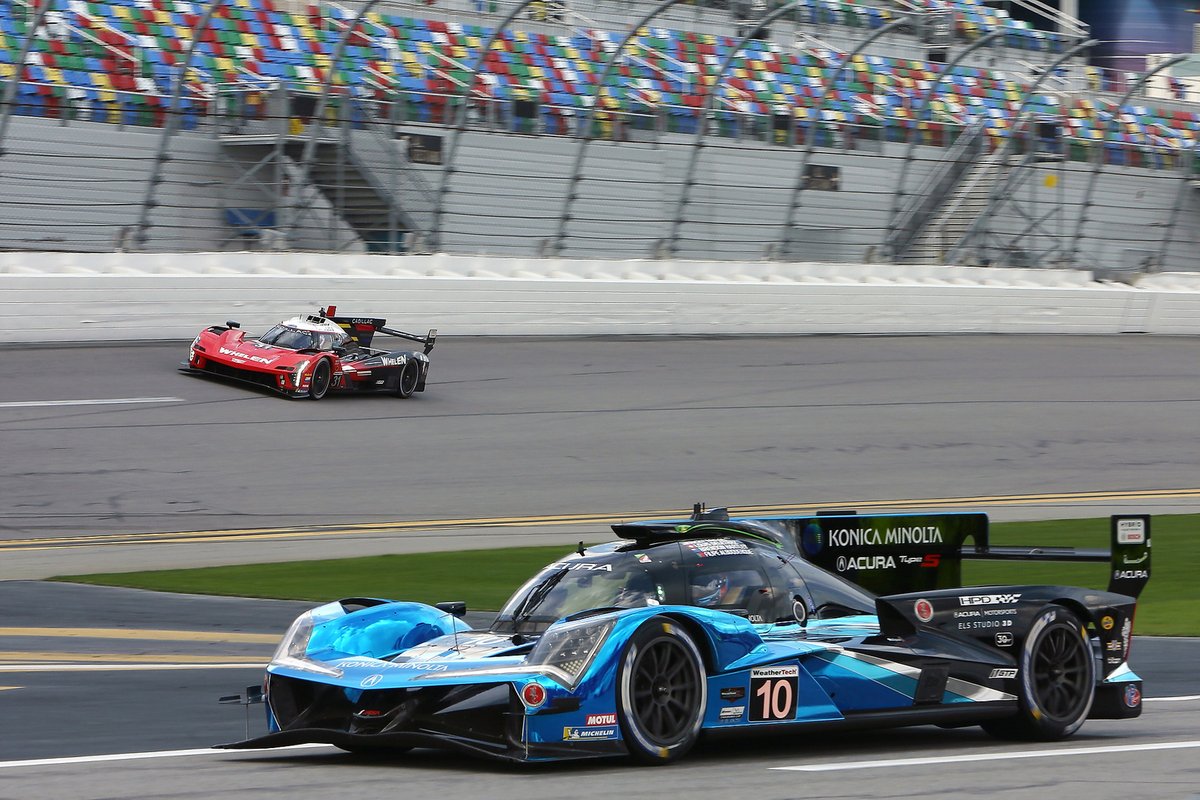 IMSA at Daytona schedule (all times in ET)

Qualifying times for the Rolex 24 Hours at Daytona: