Three-time Rolex 24 at Daytona winner Joao Barbosa has no concerns ahead of this year's race after his Action Express Racing Cadillac failed to post a time in qualifying.

The technical problems that halted Filipe Albuquerque, who shares the #5 Cadillac DPi-V.R with Barbosa and Christian Fittipaldi, after one out lap in qualifying on Thursday means the car will start the opening round of the IMSA WeatherTech Sportscar Championship from 11th position on the grid.

Barbosa explained that the problem in qualifying was a locking right-rear brake caliper.

"One of the rear brakes was locking, so Filipe had to come back into the pits," he said. "The rules don't allow the team to touch the car in qualifying, so there was no chance to fix it."

Barbosa, Albuquerque and Fittipaldi, who won last year's race in the Mustang Sampling-sponsored Caddy, were due to be joined by Toyota LMP1 driver Mike Conway this time.

But visa problems have prevented Conway from making it to the USA, which means they will again contest the race as a trio.

"Last year we won it three drivers, so that's still a good number," said Barbosa. "Maybe with four drivers it helps you all to be a bit more relaxed, but it's no big deal to do it with three." 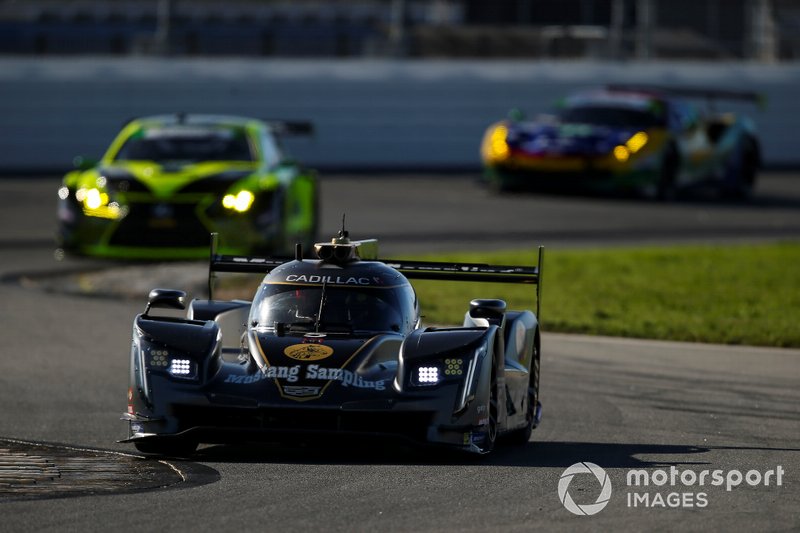