Scuderia Corsa wins one type of race at Road America 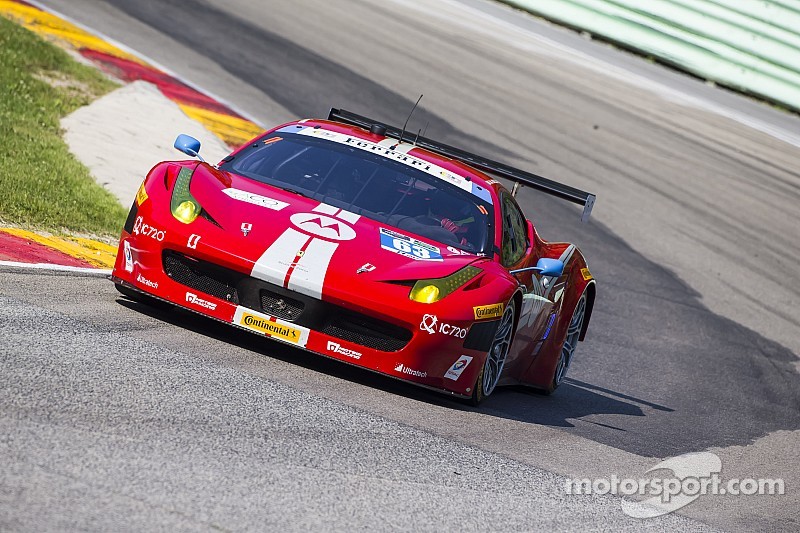 Narrow victory in Team to Win promotion is lone highlight of challenging weekend.

During this weekend’s Continental Tire Road Race Showcase at Road America, Scuderia Corsa scored its narrowest victory of the year. Nominated for the eighth round of the Microsoft Visual Studio Team to Win Award for their victory at Indianapolis Motor Speedway, fans of Scuderia Corsa battled against the fans of Action Express, a team in the Prototype category of the TUDOR United SportsCar Championship, to secure the most votes for their team. After nearly 3,000 votes were cast before voting closed at 12:00 PM ET on Friday, Scuderia Corsa had triumphed by a mere eight votes – the closest margin of victory of the year.

Turning its attention to Sunday’s race, drivers Alessandro Balzan and Jeff Westphal would have their work cut out for them as they would start the race from 11th position. While Road America is a favorite circuit for both drivers, the initial practice sessions did not got as well as the team would have liked.

However, the team was confident that the no. 63 Scuderia Corsa Ferrari 458 Italia would perform in race conditions over the course of a stint. Unfortunately, the team would not get the chance to find out as Westphal, who made up several positions during the first few laps, was involved in a large incident as the race returned to green from the first full course caution period. After being hit from behind by another car, the Ferrari suffered front and rear end damage that the Scuderia Corsa team spent many laps repairing.

They would be classified in 16 th position at the end of the race. “This was a really difficult race for us, and we didn’t get a chance to show what we could do,” said Westphal. “We got taken out by a car behind us that initiated a big chain reaction, and unfortunately it caused a ton of damage to the back and the front of the car. It’s a shame because we had made a lot of progress with the car during in each session.”

As a result of the incident and the repairs, Balzan would not get behind the wheel of the no. 63 Scuderia Corsa Ferrari at all in Sunday’s race.

“For me, this weekend was really disappointing,” said Balzan. “Our Ferrari was destroyed for no reason. It’s a shame to be at this beautiful race track and to not be able to compete. We have had a lot of bad luck this season, but we have had some good races as well, but this is definitely not one of the highlights. We will hope for a better result in Virginia.”

“This weekend for us started very well but, unfortunately, didn’t end quite as well,” said Giacomo Mattioli, owner of Scuderia Corsa. “It’s pretty difficult to see the guys put in all this time to prepare the car and improve it all weekend, and then someone gets impatient before taking the green flag and all that work goes out the window. But this is racing, and sometimes these things happen. I know that we’ll come back after this weekend stronger than before.”

Scuderia Corsa will compete next at the Oak Tree Grand Prix at Virginia International Raceway.

Ave to co-drive with Keating in Viper at VIR