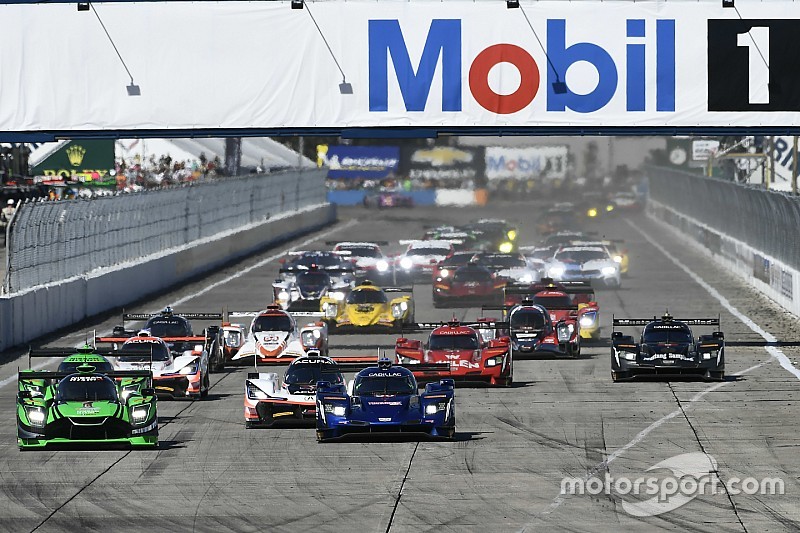 The second round of the IMSA WeatherTech SportsCar Championship, held on Florida’s legendary 3.74-mile bumpy airport-road course will be held on Saturday 16 March, the day after the World Endurance Championship round there.

Agustin Canapino, IMSA rookie and motorsports superstar in Argentina, was one of the stars in IMSA’s opening round, the Rolex 24 Hours at Daytona, and he will rejoin Rene Binder and Will Owen in Juncos Racing’s Cadillac DPi-V.R.

DragonSpeed, set to make its IndyCar debut this weekend at St. Petersburg and compete in the WEC race on Friday 15 March, will not be competing, leaving just PR1/Mathiasen Motorsport and Performance Tech Motorsports with singleton entries in the LMP2 class.

As revealed by Motorsport.com five weeks ago, Risi Competizione has no plans to take further part in the WeatherTech championship after finishing second in the Rolex 24, thereby reducing the GT Le Mans field at Sebring to two Porsche 911 RSRs, two Corvette C7.Rs, two Ford GTs and two BMW M8s.

Announced yesterday was that Christina Nielsen will return to Heinricher Racing with Meyer Shank Racing, to team up with Katherine Legge and Ana Beatriz in the #57 Acura NSX.

Nielsen to stay at Heinricher-MSR for IMSA endurance rounds

AVS Lexus aiming for another podium at Sebring