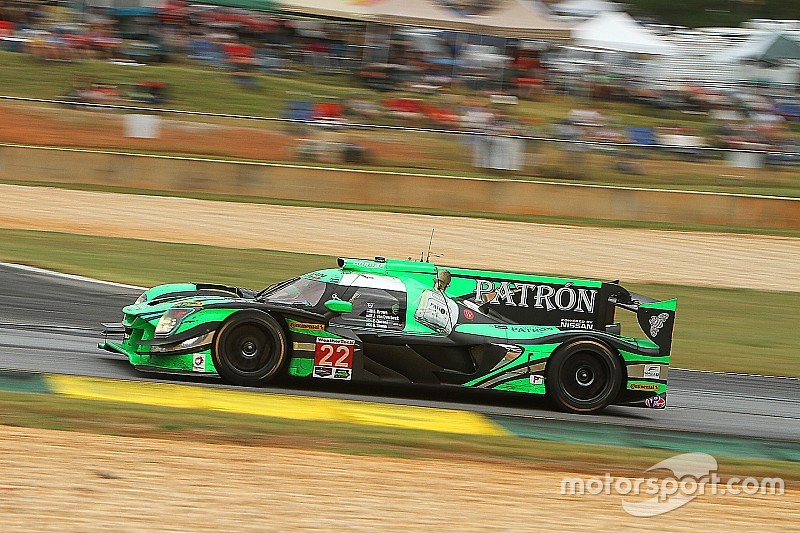 Bruno Senna has struck out at IMSA officialdom after the #22 ESM Nissan was penalized in the closing laps of yesterday’s Petit Le Mans while team partner Pipo Derani was leading at Road Atlanta.

Following the final restart in the 10-hour race, the Derani/Senna/Johannes van Overbeek-driven Nissan Prototype was in a collision with the GT Le Mans-class Ford GT driven by Ryan Briscoe, Scott Dixon and Richard Westbrook. Briscoe, third in class at the time, was sent spinning off the track and sustained heavy rear-end damage, repairs for which dropped the car to eighth at the checkered flag.

Derani was adjudged to have been at fault and was brought in for a drive-through penalty which dropped the #22 car to fourth place, and combined with a similar penalty to the #5 Action Express Cadillac, handed the win to the other ESM Nissan, driven by Brendon Hartley, Ryan Dalziel and Scott Sharp.

Said Senna: “I'm very disappointed with the decision of the officials. It's racing, and we're fighting for the win.

“They decided to start the Prototypes behind the GT cars. There are five cars fighting for the win, and contact was made.

“Our drive through was not deserved. They took our race. I'm disappointed for the crew. We drove a perfect race.”

Sharp, ESM team owner and winner, saw his pair of cars lead 292 of the race’s 402 laps, despite his #2 car having to survive a punt into a sandtrap by the JDC Miller Oreca and also a mechanical problem on pitlane. He admitted that the #22 car was probably the more deserving winner, but was relieved that the team’s dominant performance had been rewarded with a victory.

He commented: “What an amazing race. That was just a stellar performance by both cars at Tequila Patrón ESM. We had a really strong weekend. To look up at the board so many times to see our cars in first and second was great.

“We had a lot of ups and downs on both ends near the end of the race. We had an alternator problem on our car, and so the #22 jumped us. They were strong and then at the end, we thought we were going to finish first and second.

“Unfortunately Pipo got the drive-through penalty. They deserved to win, but I'm happy one of our cars still won.”

Co-driver Dalziel added: “In the four years I've been with Tequila Patrón ESM, we've had so many victories for the #2 car that have slipped away, and through nothing that we've done wrong.

“When we lost the lead in the pits from the alternator issue, I thought the race was over. Sometimes things are meant to work for you, and today was one of those days.

“I'm bummed Tequila Patrón ESM didn't get a 1-2 finish. For sure the team earned it. [But] overall, this was a great way to end the season for Nissan NISMO, Ed Brown [Tequila Patron owner], and the whole team. We're going to enjoy this one until Daytona.”

Hartley, who won the 2015 World Endurance Championship, leads the current WEC standings and who also clinched this year’s Le Mans 24 Hours, all with Porsche, said: “We drove a great race, with not a scratch on the car. We were quick, and it was an awesome day. After winning the 24 Hours of Le Mans earlier this year, and then to win Petit Le Mans, this will be a year to remember for me.

“I want to say thank you to everyone involved. This was awesome.”