Shank Racing has a successful shakedown of Honda-powered prototype 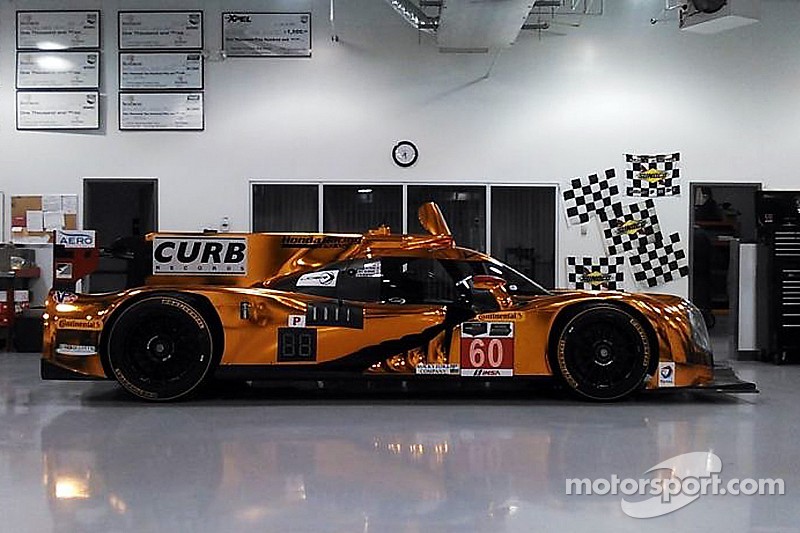 All four drivers on hand at Palm Beach International Raceway.

Michael Shank Racing with Curb/Agajanian got the 2015 IMSA TUDOR United SportsCar Championship season off to a strong start this week as the team took its first laps in the No. 60 Honda-powered Ligier PS J2 (in photo above) on Monday and Tuesday.

Drivers John Pew, Ozz Negri, AJ Allmendinger, and Michael Shank Racing newcomer Matt McMurry were all on hand at Palm Beach International Raceway to shake down the new machine. Each logged plenty of laps around the 10-turn, 2.034-mile road course in preparation for 2015.

“This test was all about integrating the team with the car and it was really, really good,” said Team Owner Mike Shank. “I’m really happy with how the car came out of the box. The car ran pretty flawlessly for two days. The team to car integration was really good. Working with Honda is a whole new world. They brought a lot of people to the test to support us and make sure we started off on the right foot. There is still a lot to learn, it’s a big mountain to climb. Ligier did a wonderful job with the car and we’re really impressed with the Honda.”

The transition from the Daytona Prototype machinery to the Honda-Ligier was a seamless one for the Michael Shank Racing drivers who all have a diverse racing background across many different types of racecars.

“It was my first time in an LMP2 car and I was very happy with the handling of the car,” said Pew. “The car and engine were flawless. I was very impressed with Matt (McMurry). He did a great job and fits right in with the team. The support from Honda and Ligier was very impressive and I look forward to working with them this season. It was great to be back with the Michael Shank Racing guys who have been very busy as well. A big thanks to Ligier, Honda and the Michael Shank Racing guys to get the car ready for Daytona.”

TUDOR rookie up to speed

TUDOR Championship rookie McMurry, who became the youngest driver ever to compete in the 24 Hours of Le Mans last year at just 16 years of age, was quickly up to speed in the Honda-Ligier putting down some very strong laps at the Florida circuit.

“Matt (McMurry) is a very good racecar driver,” said Negri, who has raced for Michael Shank Racing since 2004. “He is already very quick. We are very happy with that and where he is headed. He immediately fit right in with everybody on the team.”

Michael Shank Racing will be back in action later this week at Daytona International Speedway for the annual ‘Roar Before the 24’ test in preparation for the Rolex 24 At Daytona which takes place on January 24, 2015.