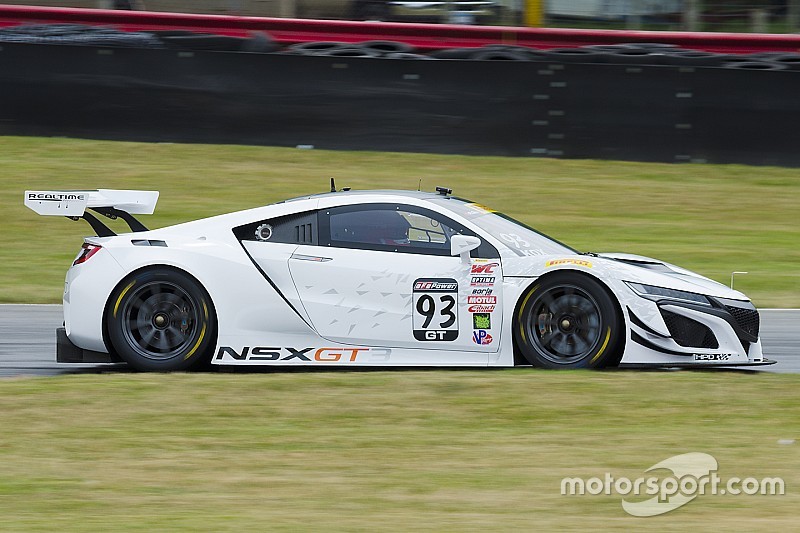 Acura has confirmed that NSX GT3s will be run by Michael Shank Racing in next year’s IMSA WeatherTech SportsCar Championship, while RealTime Racing will continue its relationship with Honda/Acura in Pirelli World Challenge.

Each team will field a pair of new Acura NSX GT3 racecars, now being prepared for FIA homologation, although their driver lineups have not yet been revealed.

Art St. Cyr, president of Honda Performance Development that will oversee the NSX’s development, declared: “The NSX was designed as a pinnacle expression of Acura Precision Crafted Performance, and we’re looking forward to proving its ultimate performance capabilities in GT3 competition.

“By continuing our longtime partnership with RealTime Racing in the Pirelli World Challenge and extending our association with Michael Shank Racing in the WeatherTech SportsCar Championship, we plan to build on Acura’s long tradition of success in North American sports car racing.”

Peter Cunningham’s RealTime Racing team has scored three PWC wins with the TLX GT over the past two seasons, but its association with Honda/Acura stretches back over two decades and includes 88 World Challenge victories and 14 championships since 1993.

Michael Shank Racing, meanwhile, initiated its relationship with Honda in 2015, running an HPD-powered Ligier in the Prototype division. So far this season, the team has accrued five 2016 podium finishes.

Said Shank: “Next year will be our 14th season in Grand-Am/IMSA competition. Two years ago I came to an agreement with Jacques Nicolet [Oak/Onroak] to have a Ligier-Honda and from that point forward we did everything we could to drive the brand forward, including going to Le Mans this year.

“I can tell you, from my perspective, this is what I’ve worked towards for 23 years, and I’m sure as hell not going to blow this opportunity.”

Cunningham added: “After personally being involved with the initial track testing and racing of the first generation Acura NSX 26 years ago, it is a great honor for my team and I to have this opportunity with the NSX GT3 program. The new generation NSX is an incredible machine, and will be a great platform for RealTime and Acura to contend for the 2017 Pirelli World Challenge title.”

Initial development of the NSX GT3 was conducted by the company’s Japanese race engineering arm, with testing on race circuits in Europe and Japan. Additional development, testing and final homologation to FIA GT3 global racing specifications is currently being undertaken by HPD in conjunction with RealTime and MSR.