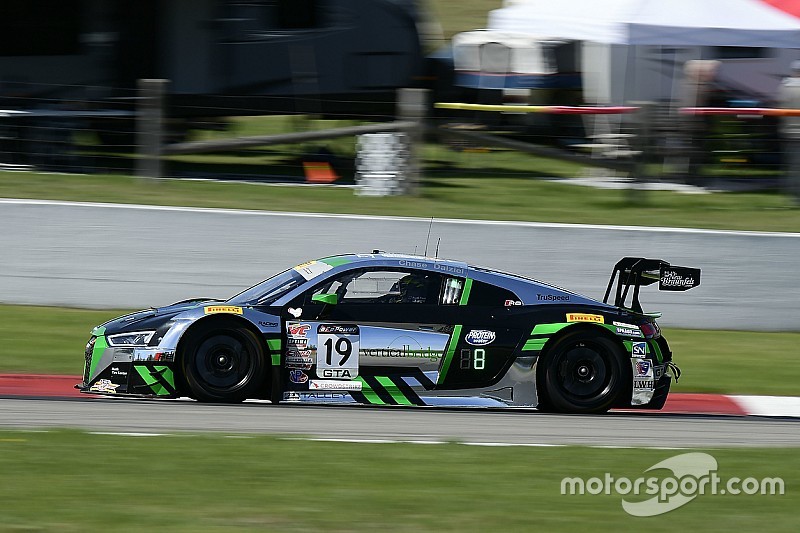 The 17-year-old American may also turn out to be Dalziel’s full-time co-driver.

Starworks' Audi R8 will be the same 2016 Audi R8 LMS in which Dalziel and Chase scored five class wins for TruSpeed in PWC SprintX competition, but converted to the 2019 GT3 Evo kit, “featuring a modified splitter to improve the car’s heat evacuation, and increased durability with a revised transmission.”

Team owner Peter Baron said: “Despite not fielding a Starworks Motorsports entry ourselves, our team has still been very busy in both IMSA and Pirelli World Challenge. I have enjoyed success and working personally with the Audi Sport Customer Racing group and look forward to continuing to strengthen our relationship in America.

“Based on all the success we had with Parker Chase and Ryan Dalziel in Pirelli World Challenge in the Audi R8 LMS, we felt it was the right time to move and enter into the IMSA WeatherTech series full time.”

Speaking of his relationship with Baron which stretches back 13 years, Dalziel commented: “When my 2018 program was announced it was ending, the first call I got was from Peter Baron at Starworks saying we should get the band back together.

“I’ve enjoyed much of my racing success under the Starworks banner and I’ve put all my efforts in the past few months making this happen. Continuity is so important in racing, and surrounding yourself with people who truly believe in you.

“This program is a continuation from the 2018 championship winning effort with Parker. He and I sharing a car with Peter Baron steering the ship is a force to be reckoned with. Audi has been a big part of making this happen and I’m extremely grateful for their trust in us to represent them.”

Added Chase: “I’m super happy to be joining Starworks Motorsport for my 2019 IMSA campaign, and to be driving with Ryan again. It’s great to continue my relationship with Audi as well in the new R8 GT3 Evo.

"It’ll be my first time at Daytona and I can’t be more excited. I’m ready to get started.”