With one weekend of testing complete, and the cars of the TUDOR United SportsCar Championship hitting the track in Daytona today, Motorsport.com spoke with Flying Lizard Motorsports Audi driver Dion von Moltke about his impressions of his car, the rest of the pack and what is in store for the offseason.

Partnered up with Seth Neiman, von Moltke spent a lot of time behind the wheel of his teams brand new Audi R8 LMS. Being one of four Audi entries during the Sebring test, von Moltke says they learned a lot in a short amount of time.

“We have learnt so many valuable things on all different areas of the car. One example is in seat positioning, Seth and I thought we would be quite far off in where we like to sit so we were worried about having big seat inserts which make driver changes very difficult,” he said.

“We found out that actually we can position the seat to where he can sit in my permanent insert and just add a little back pad. This will allow us to make driver changes a lot faster, which is such a vital thing. It is very easy to not concentrate on the small things like that, but it can cost you a lot of time in the pits.” 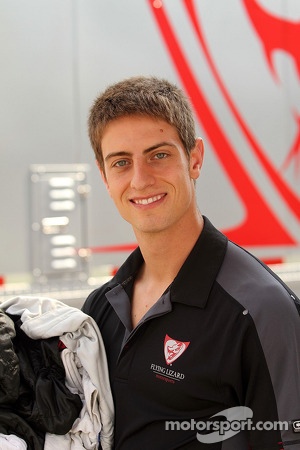 Getting used to the car he won the 24 Hours of Daytona last season with took a little while, and said moving from the Porsche to the Audi took a lot of adjusting.

“ It definitely takes quite a few laps to get back used to the R8. Coming from a Porsche to an Audi everything is different, your seating position is quite different which changes your sight pictures as well as how you feel the car. How it likes to be driven is also a lot different so as a driver you have to rewire your brain a bit,” von Moltke said.

“Audi has made a great car though which makes it a lot easier hoping into the car and going fast quickly.”

Von Moltke said it was cool to see all these different cars on track, but said there is a lot missing from the regulations still to be able to make any reliable data for next season.

“During testing so far it is really hard to tell, from the other series we don’t know how hard they are truly running and as of now we still don’t really know the rules. The new DP cars are looking impressively fast which is good to see, but as of now the gap from GT-D to GT-LM is not very big. In GT-D this test has been very interesting but we still don’t know so many rules, for example we don’t know how much fuel we will be allowed to run in our fuel tank, which can have a big impact on setup and our thoughts for how aggressive we can be on the Continental tires,” he said. 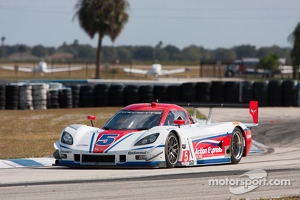 “Over the next few weeks the teams should be getting all of this info, this test is really about getting teams used to new cars and providing data to the series to give them more information as they make the rules.”

With only a handful of prototype teams taking to the track this week, von Moltke says late delivery of parts could be the catalyst to holding those teams back, but hopes more of the cars will be at Daytona.

“ I know most DP teams were provided the new parts, but very last minute. In racing it’s often the case that teams have to get everything on the car and ready very last minute but I believe many teams just didn’t have the resources or time to get all set for this test. We should see a lot more cars here at Daytona tests.”