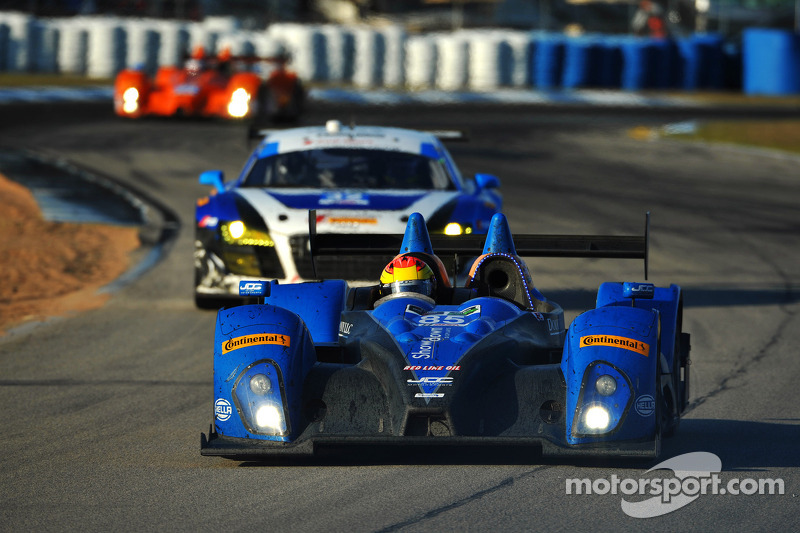 JDC-Miller MotorSports commenced its foray into TUDOR United SportsCar Championship competition with a strong Prototype Challenge effort this weekend (March 15) during the prestigious 62nd annual Mobil 1 Twelve Hours of Sebring Fueled by Fresh from Florida event. Chris Miller, Gerry Kraut, and Stephen Simpson showcased pace and racecraft in what was an action-filled race, securing a well-deserved fourth place finish for the Minnesota-based squad in its series debut. JDC-Miller MotorSports is now poised to build on this result, ready to secure an inaugural trip to the post-race podium when the title chase resumes in California in just over a month's time. 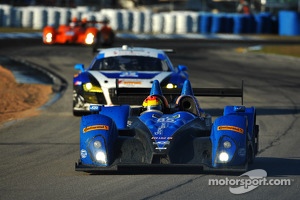 The quest for sports car glory got underway for JDC-Miller MotorSports as planned at Sebring International Raceway in central Florida with the championship-winning formula car squad using the four practice runs around the fast and bumpy 3.74-mile road course to get acclimated to the track and conditions, as well as work on the setup on the No. 85 Dougherty & Company LLC/ Showdown Displays/Red Line Oil/HR-Sportswear Prototype Challenge spec Oreca FLM09 racer. Miller, Kraut, and Simpson each took turns behind the wheel during the four runs, gaining valuable seat time and experience, while continually developing the car for the 12-hour endurance affair.

Setting the grid for the 62nd edition of the renowned Twelve Hours of Sebring race, qualifying featured the four United SportsCar Championship classes taking to the track individually. The PC cars were the penultimate cars on track, with the JDC-Miller MotorSports squad focused on further setup preparation for the race, rather than the class pole, given the race format...a 12-hour attrition battle rather than a sprint affair. With Miller behind the wheel in the timed run, the squad continued to learn more about the car and it characteristics in a highly-competitive environment. JDC-Miller MotorSports in the end was classified 10th in class, 25th out 64 entries overall.

One day later, under sunny morning skies and a large and enthusiastic crowd, it was time to go racing. For the skilled trio of Miller, Kraut, and Simpson, the plan right from the get go was to run consistent fast laps, make the most of any opportunity to move forward, avoid the expected incidents, and overcome any obstacles that my come about. In what was an incident-filled race that featured 11 full-course cautions, the talented JDC-Miller MotorSports drivers and crew adapted throughout the race to what was going on, moving up the scoring charts. Continually showcasing pace, racecraft, and resilience on par with its much more experienced sports car counterparts, the squad was one to watch with each passing hour. At the conclusion of yet another running of the historic endurance race. JDC-Miller MotorSports had just missed a podium visit in its USSC debut, coming home with a well-earned fourth place finish in Prototype Challenge.

"My teammates and the team did a fantastic job all week, and being able to finish fourth is a testament to everyone's hard work," stated Miller. "It was a very strong start to our season, and something we can build on moving forward. I can't wait for the next event."

"What an extraordinary accomplishment for JDC-Miller MotorSports," commented Kraut. "I am proud to be associated with the team. Everybody executed the strategy exactly as John, Burke, and Barry outlined it."

“What a great race and what a fantastic effort by the JDC-Miller MotorSport team," added Simpson. "The guys did an outstanding job all weekend. To be contending for a podium finish in this, one of the biggest and most challenging sports car races in North America, in the team’s first ever sports car race was outstanding, and shows the potential of the team. My teammates Chris and Gerry did a great job all weekend, and it was great to work with them throughout the week ."

JDC-Miller MotorSports now returns to its base of operations in Minnesota to prepare for Round Four of the TUDOR United SportsCar Championship, when the Prototype Challenge class takes to Mazda Raceway in Monterey, Calif., on May 4.

Officiating errors and long caution periods: not the 12 Hours of Sebring we had hoped to see.