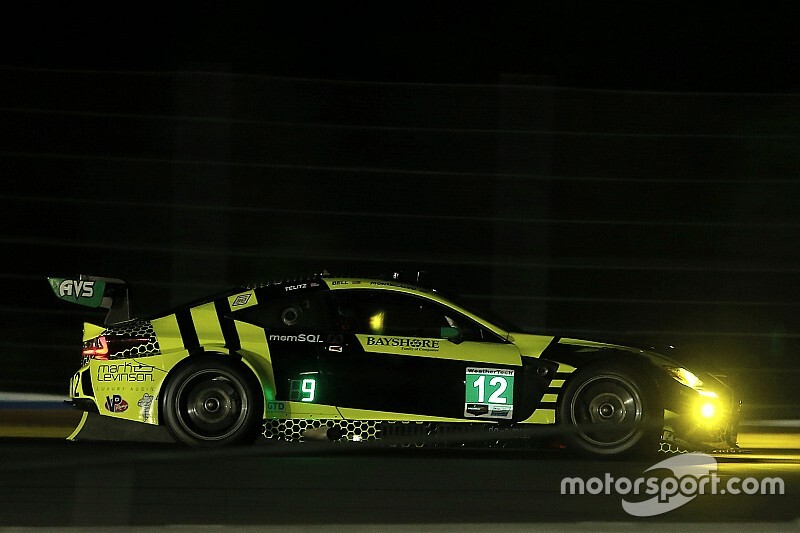 The 28-year-old from Rice Lake, WI, was the 2016 champion of Pro Mazda (now Indy Pro 2000) and won in Indy Lights, and has scored three wins and three pole positions in Indy Lights, but last year proved he was also a sportscar hotshoe.

On the team’s IMSA debut at Daytona last year, Telitz partnered with Townsend Bell, Frankie Montecalvo and Jeff Segal to finish a remarkable GTD-class runner-up, and was thus hired to run the remaining three endurance races for the squad.

Rejoining the team for the Roar Before the 24 earlier this month, Telitz has now been confirmed as partnering not only full-timers in the #12, Bell and Montecalvo, but also Supercars ace Shane van Gisbergen.

The #14 AVS Lexus will be piloted by Jack Hawksworth and Parker Chase (full-timers), as well as two-time and reigning NASCAR Cup champion Kyle Busch and Michael de Quesada.

Said team co-owner Jimmy Vasser: “Aaron did a good job going from open wheel cars to sports cars last year. He was one of the guys that helped us finish second in our Rolex 24 debut and hopefully we can take it to the next level this year.”

Telitz himself added: “Coming from open wheel racing to sportscars last year I didn’t know what to expect. However, I had a great time working with all my teammates and to finish second in our first Rolex 24 was awesome.

“I’m honored that Jimmy Vasser, Sulli [James Sullivan] and Andrew Bordin made it possible for me to come back for a second time.

“I think we have a great driver line up with Townsend, Frankie and Shane, and I am looking forward to, hopefully, having another good race in this year’s Rolex 24.”