"There need to be sanctions for teams being unsafe." - Cisneros

Motorsport.com talks to Henrique Cisneros about the Sebring 12 Hours, balance of performance and his plans to get to Le Mans in 2015.

NGT Motorsport’s Henrique Cisneros recently spoke to Motorsport.com about his thoughts on the current officiating with IMSA, the quality of driving and his aspirations inside the race car.

The Sebring 12 Hours, one of the marquee events on the TUDOR United SportsCar Series calendar was a mess. Almost half the race was run under yellow for a lot of very silly cautions.

Everything from drivers pulling out onto track in front of cars at speed, to a Dodge Viper igniting itself on fire from spending much of the first hour running around under caution.

The race had it all. 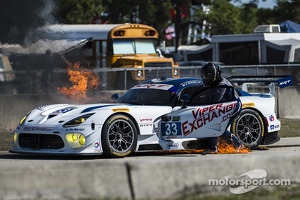 Then on top of all that, in the second half of the race, IMSA penalized the wrong team in the wrong class for an on track incident. The actually guilty team went on to win their class. The team that was penalized…didn’t.

Cisneros was involved in one of these senseless cautions.

Matteo Malucelli driving the Risi Ferrari had a high speed spin and ended up in the turn one barriers. Instead of waiting for the field to pass him, he pulled out as a large group of cars was exiting the turn.

Cisneros' co-driver Christina Nielsen was unable to avoid the slow Ferrari and made heavy contact, ending the MOMO NGT Motorsports team’s day…in only the third hour.

“Our race was ended when Mallucelli did a completely crazy unsafe release into the field. He drove into oncoming traffic, essentially. It ended our race,” he said. 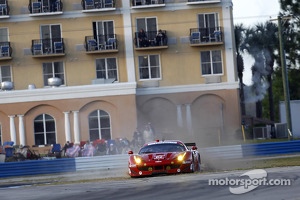 “There was nothing done to their team, no fines, no point deductions, nothing. There need to be sanctions for teams being unsafe. We see that in NASCAR, we see that at Indy. Teams are to be held liable for that. That’s an approach they need to take at IMSA.”

As for the blown call against the Alex Job team, Cisneros didn’t want to comment, but did mention that when a team brings a car to race, they hope that the on track action will be fair, both from an officiating standpoint and a balance of performance standpoint.

“I can’t really comment on that. They obviously need to work on that, that’s what everyone is talking about right now. To have two strikes in a row, we all hope that changes,” he said.

Cisneros is in his second full year behind the wheel of the MOMO NGT Motorsports Porsche, and his fifth year racing. He admits that his eyes are on Europe in near future. 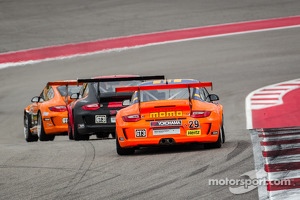 “Listen, Le Mans? It is always on the books, look at next year for that. As you know, it’s not easy. If I do it, I don’t want to buy a seat, I want to do it on my terms with my team and with MOMO. “

Le Mans, the 24 Hours of the Nürburgring, a race his friend Sean Edwards has won, and Spa are three events that Cisneros says he wants to compete in and challenge for the win.

One thing driving Cisneros’ interest towards Europe is the cost of racing in America. While the TUDOR United SportsCar Series is working very hard to get all the fine details set, it is costing every team a lot of money to be making frequent and last minute changes in regards to the balance of performance.

“I think they did a pretty good job for Sebring already. You always want to race and know you have a shot and be competitive, you never want to race, spend all that money and feel that it’s unfair,” he said.

Perfect start to 2014 for CORE autosport