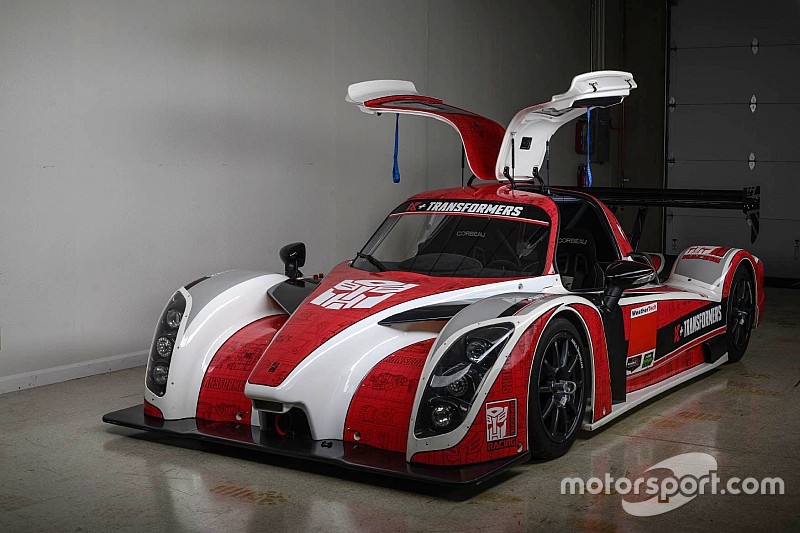 D3+Transformers Racing has been launched by stalwart sportscar team boss Ian Dawson and son Simon to run an as-yet-unnamed P2 car in the full IMSA WeatherTech SportsCar series next season.

The Dawsons, who will base the team in Houston, have a three-year commitment from Hasbro, owners of the Transformers brand, that encompasses action figures, films and games.

Ian Dawson told Motorsport.com: "We have been working on a new way of doing things. Hasbro is obviously inundated with approaches from racing teams, but they have been looking for a different way of exposing the company.

"This is a kind of soft launch, but there are some exciting plans that will come out soon. There will be Transformers show cars that will change into different forms."

Tom Warner, senior vice-president of Transformers, said: "We’re always looking for innovative ways to be more-than-meets-the-eye and connect Transformers with families and fans of all ages.

"We are excited to team up with a first-class racing team and series with a brand that has a natural fit for cars and fans of all ages.”

"This team introduces a new sponsor to our sport that has a natural fit and growing demographic – kids asking parents to bring them to races," he explained.

Dawson revealed that he was close to deciding which of the four LMP2 chassis the team would run next season.

"We've nearly decided which car to run and we should be testing by the end of October or early November," he said.

"The plan is to have a couple of young drivers with someone experienced who we know can do the job. The idea of this program is to attract young people into the sport - we want to bring young drivers and engineers through the team and work with universities."

The Dawsons, who also run Radical's Texas distributorship, have a young driver program that could provide graduates for the P2 squad in the future.

Further information about the programme is scheduled to be announced at Petit Le Mans at Road Atlanta in October.

A Transformers-liveried Radical RXC will be unveiled at the HasCon fan convention this weekend in Rhode Island.