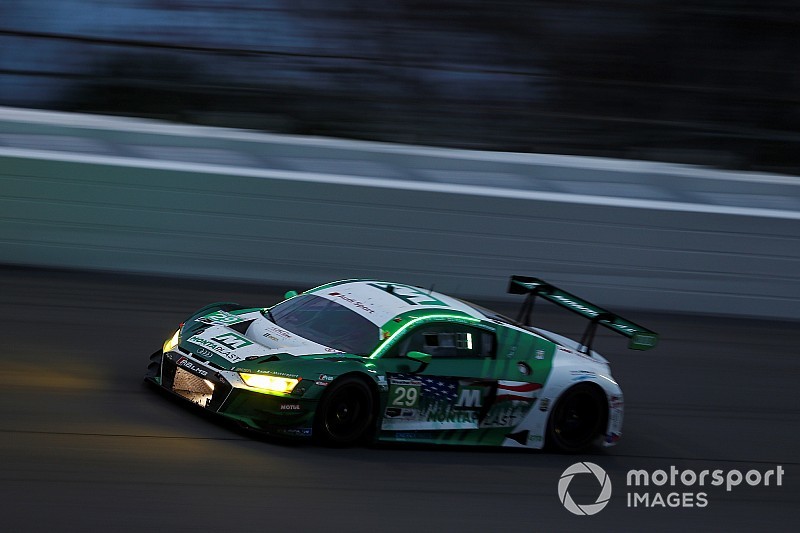 Two GT Daytona-class cars – including a podium finisher – have been moved to the bottom of the results of the Rolex 24 Hours at Daytona, after IMSA’s examination of timing and scoring data.

However, the latter car, driven by Daniel Morad, Christopher Mies, Ricky Feller and Dries Vanthoor, is judged to have fallen foul of regulation 12.13.2 regarding Minimum and Base Drive-Time.

Minimum drive-time for the GTD class at the Rolex 24 was 4hrs45mins and base drive-time was 3hrs30mins (although both times were reduced by a percentage owing to time lost during red flag periods).

According to IMSA, Feller did not meet the minimum time for a bronze or silver-rated driver and thus the Land team's superb runner-up finish has turned into a desultory 22nd place.

The other car hit by the penalty is the #63 Scuderia Corsa Ferrari 488, in which Toni Vilander has been judged to have not met the so-called 'base-time' minimum.

That car, which he shared with Cooper MacNeil, Dominik Farnbacher and Jeff Westphal, had posted a retirement in the torrential conditions that ended the Rolex 24 early. However, it had still been classified 14th but has now been moved back to 23rd.