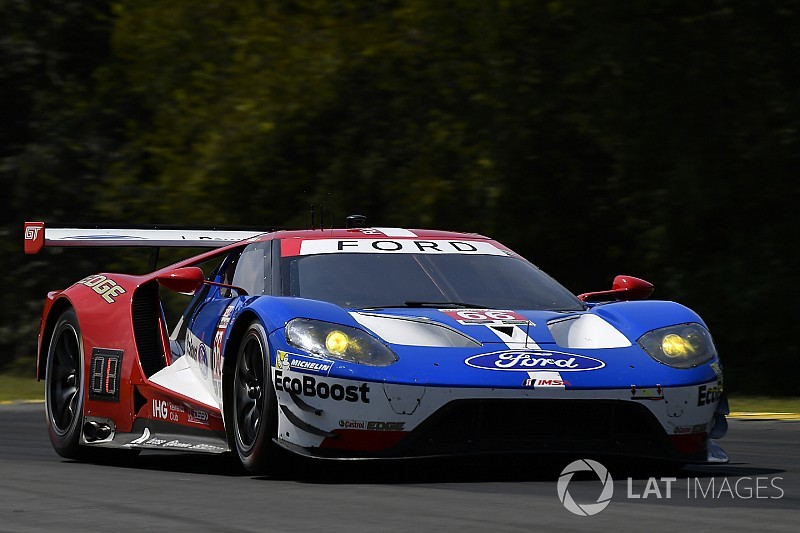 On his final of seven laps, Hand’s Ford GT lapped the VIR course in 1min40.211 to push aside by 0.2secs the Rahal Letterman Lanigan Racing-run BMW M6s of Alexander Sims and John Edwards.

Giancarlo Fisichella was almost four-tenths of a second slower in the Risi Competizione Ferrari 488 GTE, but this was still regarded as a strong comeback for the team which has been on hiatus following its shunt at Le Mans in June.

Tommy Milner and Jan Magnussen ensured an all-Corvette C7.R third row – more than half a second behind Hand, but just ahead of the second Ford piloted by Richard Westbrook.

Laurens Vanthoor and Dirk Werner were only eighth and ninth in the Porsche 911 RSRs… and only 1.4sec faster than Mul’s GTD Lamborghini Huracan.

Again it was a BMW M6 – Jesse Krohn’s Turner Motorsports entry – that was second best, ahead of the Stevenson Motorsports’ Andrew Davis in the Audi R8 and Jeroen Bleekemolen in the Riley-run Mercedes AMG GT3.