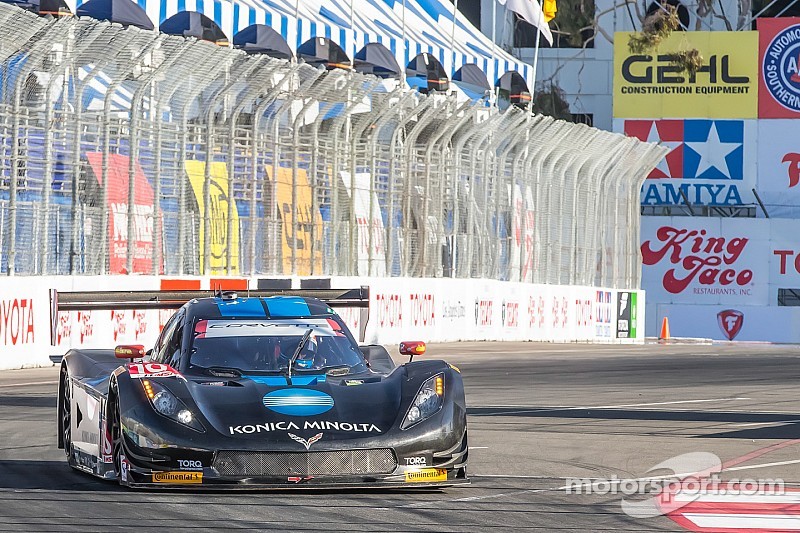 The track record was shattered today in Long Beach.

Ricky Taylor put the No. 10 Corvette DP at the top of the charts, going back-and-forth with Ganassi's ace pilot Scott Pruet in the closing moments of qualifying and ending at a 1:14.790.

The Action Express No. 5 and No. 31 timed in third and fifth, split by the VisitFlorida.com No. 90.

The DeltaWing clocked in seventh overall (sixth in class), beating out Michael Shank Racing. The SpeedSource Mazdas did not post a time.

In GTLM, a wounded Risi Competizione was able to fight its way up to third, but the two BMW Z4s halted the prancing horse's charge for pole. Bill Auberlen earned that honor for the BMW Team RLL crew in the No. 25. He continues the incredible streak of different pole-sitters in GTLM to 14 straight races.

He edged teammate John Edwards by 0.248 seconds. Behind the top three, the Corvette duo and Porsche duo followed in order from Magnussen, Gavin, Lietz, Pilet.

The PC and GTD classes are not racing this weekend.