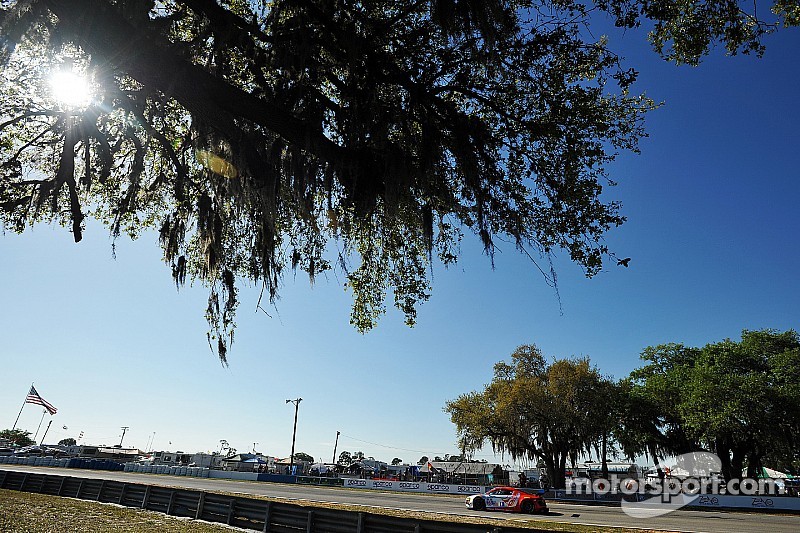 I sat down today to write, and after a rough stretch of the season in the TUDOR United SportsCar Championship I thought anything I could write would be cliché, not original and probably just straight boring, and trust me no one hates boring blogs as much as I do. So I sat looking at my computer screen, killing too much time on twitter and decided to ask you guys what YOU wanted to read about and one reoccurring answer was based on racetracks. What makes a good track, and also how the new pavement at Virginia International Raceway will affect our cars at the next round of the TUDOR Championship.

The first question to me is actually a much easier one to answer than people think, and I hope Hermann Tilke will read this blog (So make sure you share this so all the track designers read it!). I will answer this by quoting a good friend, and Flying Lizard Motorsport teammate, Spencer Pumpelly, who says, “People don’t want to buy tickets for a race to go watch racecars go slow.”

I couldn’t say it any better myself. Let’s look at my favorite two tracks in North America, Road Atlanta and Mosport.. err sorry Canadian Tire Motorsports Park, they both have a few things in common: Great fans, high speeds, technical corners, and elevation change.  An example of a new track that could have been more fun for fans and drivers alike is COTA. Don’t get me wrong, this is by far the most impressive racing facility in the United States, and it has quite a few of the criteria above such as awesome fans, elevation change, technical corners but it’s not quite fast enough. It has a few corners that feel like an autocross track. This is unfortunately a problem that seems to be occurring in a lot of modern racetracks. Take a look at almost every old school famous race track, the ones considered “Drivers’ Tracks” and I would be interested to see the average speed difference for a lap around those vs. more modern day circuits.

Our next race will be at Virginia International Raceway which has been recently repaved, which will drastically change the track feel for drivers, and even change quite a lot for the engineers.  The old surface at VIR was a relatively low grip surface, which resulted in a lot of sliding on front and rear tires, which was quite hard on our Continental Tires. Engineers typically spend a lot of time looking over past year’s data on tire pressures and track characteristics to help them make finite changes in balance.

When a track is repaved this will not only change how fast we go (quite often after a repave we will see the same car go 2 – 3 seconds a lap faster) but also those small track characteristics. Before the repave, we used the curbs quite aggressively around the track, and the engineers would have to prepare for that. Now we go to VIR not knowing if we will be using them in the same way.  I would imagine we will try to show up with a setup that allows for some curb usage to see how hard we use them and then maneuver from there.

Another big factor that is changed from a new surface is tire life and tire pressures. In our race weekend test sessions, we often talk about how a setup change felt from a handling perspective but also how it affected the tires. Our engineers will look at tire pressures constantly throughout our run, and then get numbers at every stop during practice. Getting the pressures perfect before our stints in the race, and also for when we qualify might be one of the hardest challenges but one that is vital to being quick.

Make sure you tune into Fox Sports 1 at 4pm est. on August 24th to catch all the action in what will be a straight GT fight because only the GTLM and GTD classes will be racing together!

Michelin has a chance for first overall TUDOR Championship win