Wright Motorsports will enter a Porsche 911 GT3 R in the 2020 IMSA WeatherTech SportsCar Championship, with Patrick Long and Ryan Hardwick as the full-time drivers. 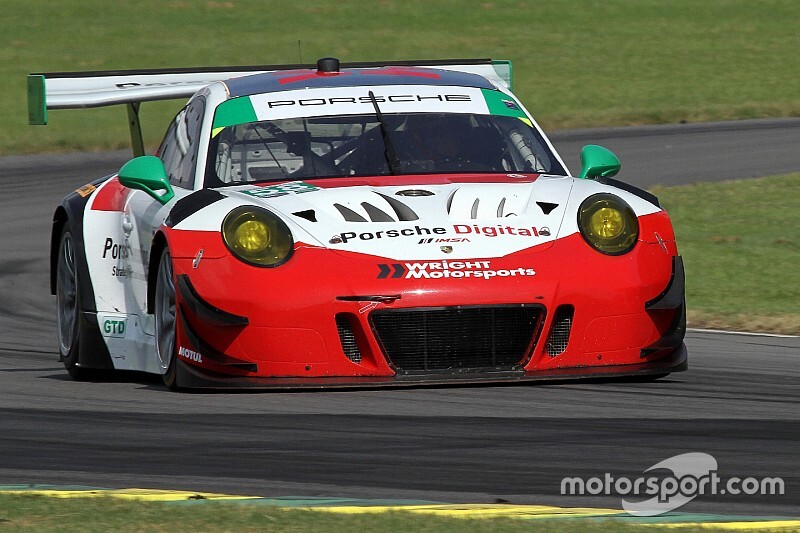 Hardwick, the 2018 Super Trofeo and SRO America GT Cup champion, spent much of his rookie IMSA GTD season driving the Paul Miller Racing Lamborghini Huracan alongside Bryan Sellers, but is eagerly awaiting his switch to a Porsche.

“I am literally counting down the days until the green flag waves at the Rolex 24 in Daytona,” he commmented Hardwick. “I couldn’t be more excited about how things came together during the off season with Wright Motorsports and Porsche Motorsport North America. This team is truly where I belong. I immediately felt comfortable and right at home with these guys.

“I’m also super stoked to have the opportunity to share the driver seat this season with Patrick Long. As a long time Porsche enthusiast, I’ve been a fan and watched Pat compete for years. Getting the chance to actually race alongside and learn directly from him is a real honor.”

Three-time ALMS GT champion Long, who also holds three Pirelli World Challenge titles, has 27 wins in IMSA, says he’s excited to be back as he believes the competition in the series is tougher than it’s ever been.

Long said: “We know the model of consistency gets you in championship contention, but sheer performance and victories are likely going to have the final say. I revel in the chance to mount a challenge for a title, but I have no doubt we are in the most competitive era of GT racing this country has ever seen.

“I really like where we ended up in 2018 with Wright Motorsports in IMSA with our GTD effort. It’s great to get back into the groove and the plan is to pick up where we left off.

“Ryan is a refreshing personality and he seems as driven and focused as any driver on the grid, pro or not. That’s a great combination and I like where we have been able to get as teammates in a very short span of time. I am grateful to our partners [1st Phorm and Mountain Motorsports] in believing in our combination of a driving pair.”

The additional drivers of the #16 Porsche for the Michelin Endurance Cup events will be announced at a later date.

Aston Martin re-enters IMSA with The Heart of Racing