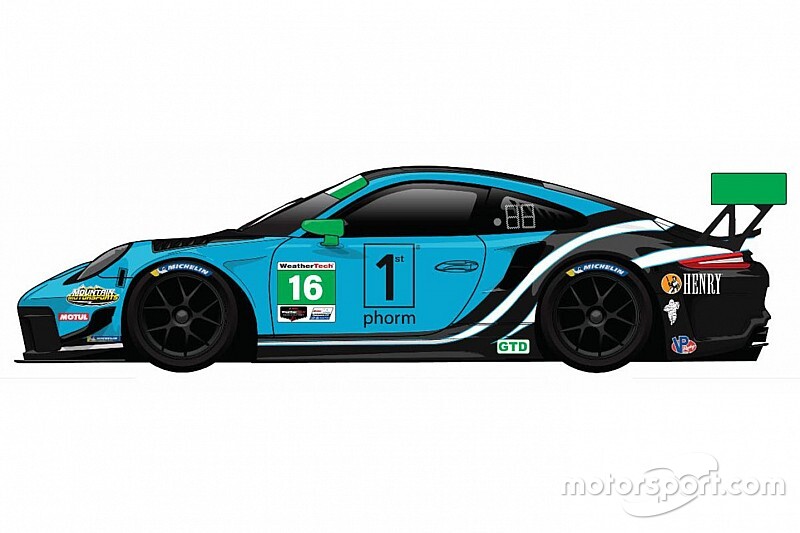 Hardwick and Long will be the full-time driving partnership for Wright Motorsports’ IMSA GT Daytona-class campaign, as announced earlier this month, while former Porsche Junior driver Klaus Bachler is returning to the team for the first time since 2013.

The Austrian has competed in the 24 Hours of Le Mans three times, and earned two podiums and 11 top-five finishes in the FIA World Endurance Championship.

As for Imperato, this will be his fifth straight year with Wright, after racing in the IMSA Porsche GT3 Cup Challenge and SRO America Championship.

“We’ve put together an incredible lineup to kick off the 2020 season,” said team owner John Wright. “I’m thrilled to have Anthony and Klaus back behind the wheel.

"They’re perfect additions to what we know is a strong effort. We’ve been incredibly productive with off season testing, and we’re ready to get 2020 started.”

The #16 Porsche will be 1st Phorm blue, with sweeping white lines flowing with the car’s body to the black rear.