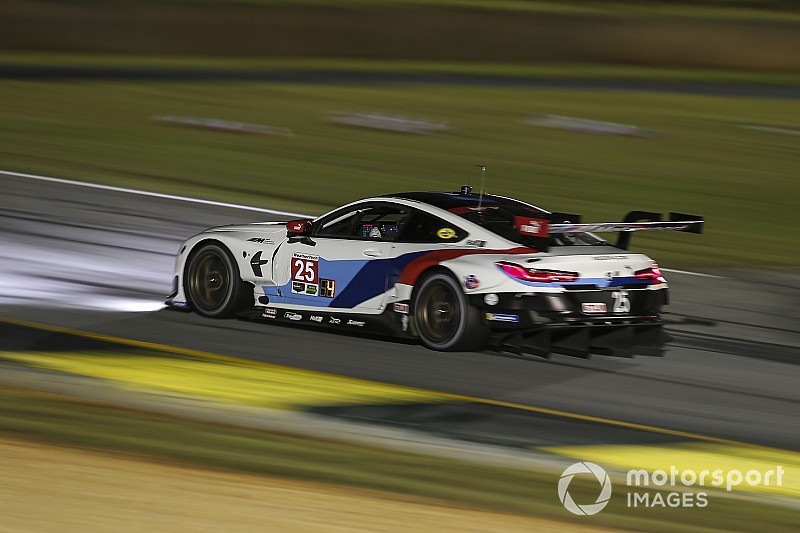 Alex Zanardi could be racing one of Rahal Letterman Lanigan Racing factory BMW M8s when he returns to U.S. racing at next January's Rolex 24 Hours at Daytona.

BMW Motorsport boss Jens Marquardt has revealed that the plan for the two-time CART champion to drive a specially-adapted M8 GTE in the IMSA WeatherTech SportsCar Championship opener on January 26/27 had not been conceived with an additional entry in mind.

Asked if Zanardi would drive a third car fielded by the Rahal team, Marquardt said: "It doesn't have to be. It should be that the car can run with Alex's special requirements without making any difference to the performance.

"If we didn't believe that Alex could perform on a high level it wouldn't be a project for us to pursue."

Marquardt pointed out that Zanardi had run in the top six at the 2015 Spa 24 Hours in a ROAL Motorsport-run BMW Z4 GT3 shared with Bruno Spengler and Timo Glock.

The plan is for the controls needed for Zanardi, who lost both legs in an Indy car accident at the Lausitzring in 2001, to be disconnected when BMW's more able-bodied drivers get behind the wheel of the GT Le Mans class M8.

The system allows Zanardi to brake with his right hand via a lever, which also incorporates a button with which he can downshift through the gears. He accelerates with a ring around the steering wheel, which is fitted with conventional paddles for upshifts.

The idea for Zanardi's guest drive in the DTM at Misano last August using the system he will run at Daytona came after the plan for his first race in the USA since August 2001 was hatched.

Marquardt explained that DTM boss Gerhard Berger's idea for the manufacturers to run a guest driver in the series offered BMW a chance to test the system in competition.

"Our development on the system and this opportunity came quite well together, and the adaptation for the DTM was a limited effort," he said.

"Therefore we said,'let's give it a try there and see if there is anything we need to look into and modify'. Luckily there wasn't, so we were a step closer to our final target."

The system had first been tested on a BMW M6 GT3 car prior to the request from the DTM.

BMW has yet to announce it drivers for its 2019 IMSA campaign, but Marquardt confirmed that Alexander Sims, who will be racing for BMW with the Andretti team in Formula E in 2018/19, would not be part of the full-season line-up.