Alex Zanardi says his maiden experience of the Rolex 24 at Daytona was “by far more sweet than bitter” despite the issues that left his BMW bottom of the GT Le Mans class.

But the #24 car Zanardi shared with Jesse Krohn, John Edwards and Chaz Mostert was plagued by problems that left it ninth and last, 18 laps down on the winning sister car.

Zanardi and his teammates hit trouble on Saturday evening when their car was dropped off its air jacks in the pits at the very moment the Italian was attaching his specially-adapted steering wheel with hand controls, damaging the steering column.

That was compounded by a puncture for Krohn overnight that sent the beleaguered #24 machine back to the pits for further lengthy repairs.

“I should say bittersweet, but in reality it was by far more sweet than bitter,” said two-time CART champion and Paralympic hero Zanardi when asked for his overriding emotion after the race.

“Of course from a sporting point of view it was a little bitter. We were aiming for a result which I believe was technically achievable. The team was strong, as strong as the #25.

“We initially had this bad obstacle that put us eight laps down, and then there was a rush to get back [and] halfway into the race we were only three laps down, so it was certainly possible to change everything around once more.

“The speed was there, it was not a question of not having the speed to deliver, and if we had come back to the lead lap, who knows? With everything that happened towards the end of the race I think anything would have been possible.” 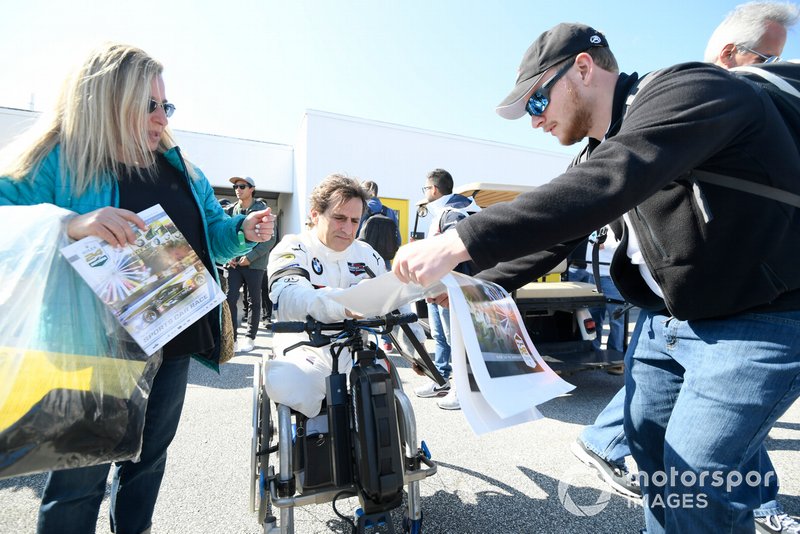 Zanardi said he was “very happy” for his triumphant teammates in the #24 car, and reserved particular praise for Farfus, who backed up his FIA GT World Cup victory for BMW at Macau last November with a first win at Daytona.

The Brazilian put the #25 M8 GTE into a winning position late in the race by passing Laurens Vanthoor’s Porsche and James Calado’s Ferrari in treacherous conditions.

“Personally, I think even if I had 10 legs I wouldn’t have been able to do what Augusto did in the last two hours,” joked Zanardi. “To me it’s amazing.

“I said to him two days ago, ‘What you did in Macau in my eyes, is as big as Lewis Hamilton winning the F1 World Championship.’

“I think what he did was amazing, and I told him today, ‘What you did today is more than what you did then [in Macau]’. He really drove the hell out of the car.” 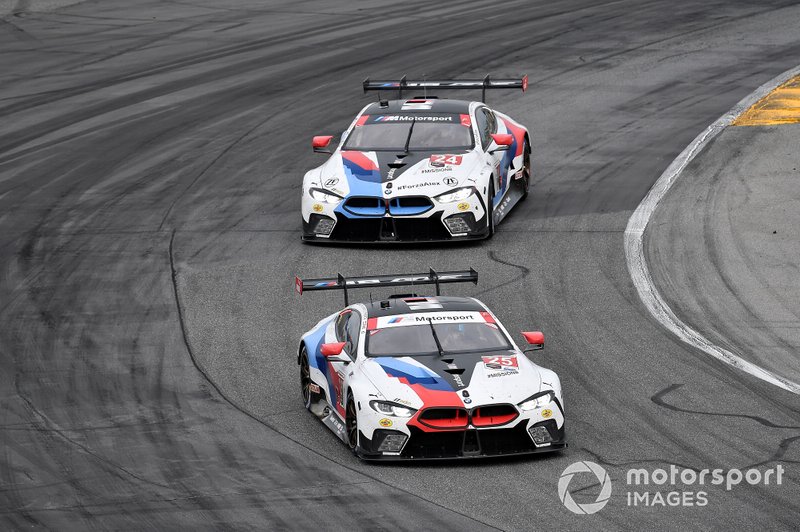