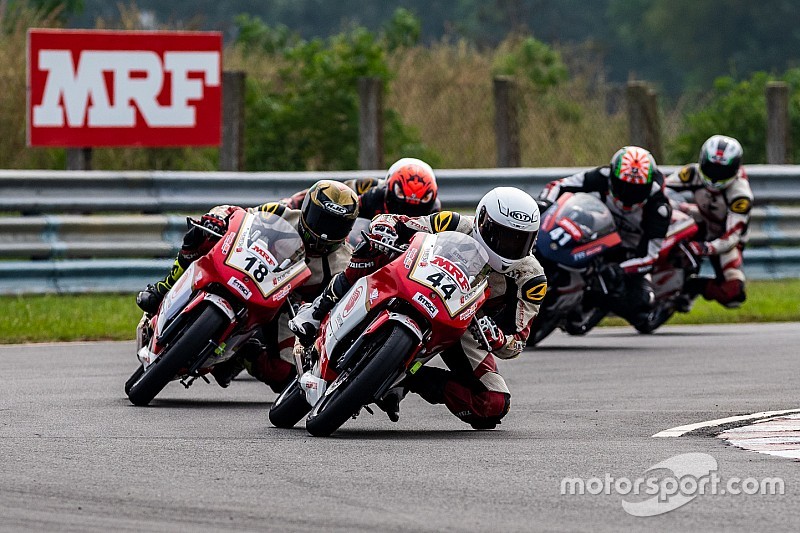 Honda rider Anish Shetty secured the Pro Stock 165cc title with one race to spare in the final round of the MRF MMSC National Motorcycle Championship on Saturday.

Shetty qualified on pole position for the penultimate race of the year, but slipped down the order as the race wore on. However, in a decisive final lap, he overtook three riders in quick succession to claim his fourth victory of the season.

With his nearest rival Kevin Kannan (Rockers Racing) crashing out of the race, Shetty now has an unassailable 41-point lead heading into the final race of the year.

Mathana Kumar was the lead Honda rider in second, while his teammate and pole-sitter Rajiv Sethu had to settle for third after the “clip-on” on his bike’s handlebar gave away on the second lap.

Championship leader Jagan Kumar (TVS) retired from the race after coming together with Ahamed Arif at the start of lap 3, but continues to lead the riders’ standings.

He has scored 148 points compared to 128 for teammate KY Ahamed, with 25 on offer in the final race of the year tomorrow.

Prabhu Arunagiri (Alisha Abdullah Racing) finished third and still has a mathematical chance of stealing the title, having amassed 129 points to Raju’s 144.