With a healthy 20-point lead over his nearest rival and severe wrist pain to nurse, Jagan played it safe as he did the minimum required to clinch the crown in the premier Super Sport 165cc category.

He ended the championship with 158 points, 13 clear of Honda’s Rajiv Sethu, who led from pole position to claim a dominant win.

While the victory, his fourth of the year, was enough to overhaul KY Ahamed for second place in the riders’ standings, there was little he could do to prevent Jagan from clinching the crown.

Sarath Kumar finished second in the race, while Mathana Kumar completed the podium sweep for Honda.

Amarnathan Menon arrived in the final round level on points with teammate Raju, but a poor showing in Chennai saw him slip to third in the standings - 17 points behind Raju and five adrift of Arunagiri.

Elsewhere, Honda rising star Senthil Kumar, who had already wrapped up the Pro-stock 165cc title yesterday, was made to work hard as he won the final race of the year by just 0.003s from TVS rival Kanan Subramaniam. 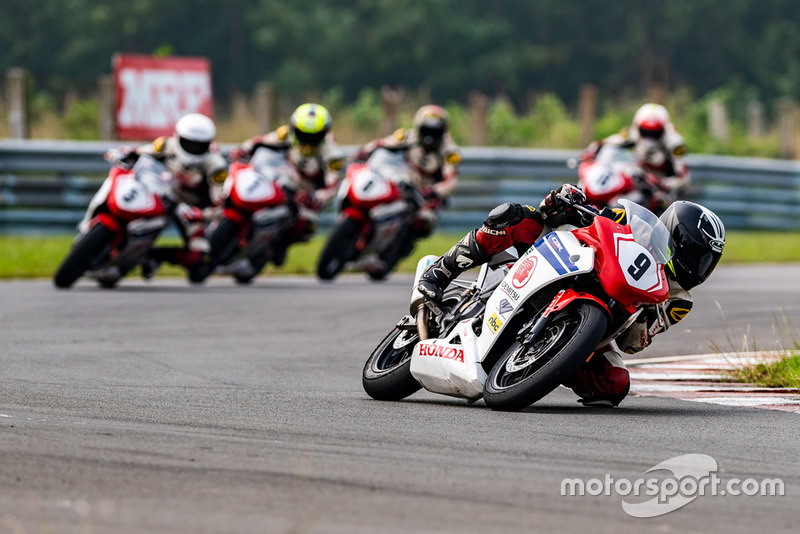