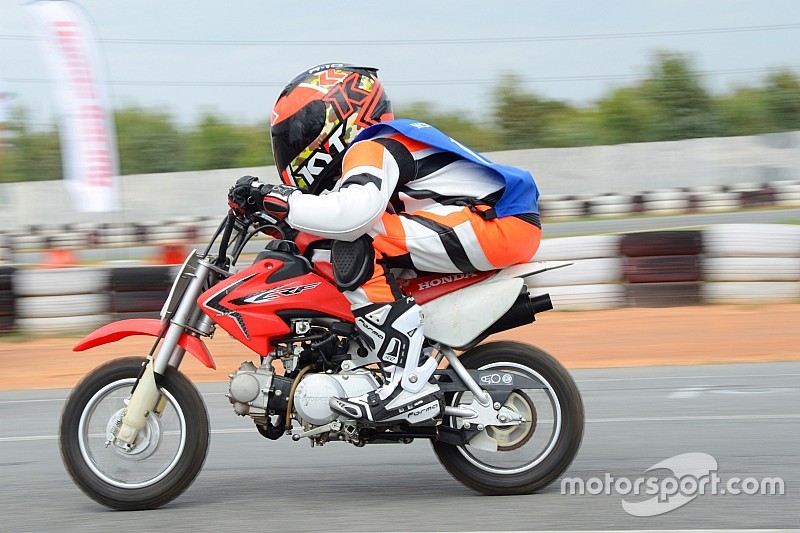 Honda 2Wheelers has begun selecting and training the country’s next generation racing stars in Chennai as part of its Honda India Talent Hunt.

After a successful selection process in Bangalore, the Honda India Talent Hunt has now moved to Chennai as part of a 10-city tour that will also include Delhi NCR, Hyderabad, Pune and Coimbatore.

A total of 16 registrations were received from Chennai, with the shortlisted candidates to be trained at the Honda Ten10 Racing Academy on July 30th.

Selected riders will get a chance to compete in the the CBR 150 Novice category of Honda India Talent Cup, a one-make series that is held concurrently to the National Motorcycle Championship.

At each step, they will be trained by a jury of experts consisting of Honda’s VP of Brand Communications Mr. Prabhu Nagaraj, Mr. Koji Takahashi, Deputy Director- Brand & Communication, and Mr. Ramji Govindrajan, Director- Ten10 Racing.

Honda has also received entries from children younger than 13 years who are ineligible to take part in the Honda one-make series. However, they will continue to be trained by Honda until they are old enough to race.

“With a dream to represent India in the world Grand Prix Racing, this platform is the beginning of a clear development path and structured approach to nurture riders from a young age,” Nagaraj, who also heads Honda’s motorsport programme, said.

“17-year old Senthil Kumar, find from last year’s Honda One Make is performing strongly in both national and international championships.

“With this round in Chennai, it is encouraging to see the support from parents who are ready to commit towards developing a balance between motorsports and academics. We want more riders to represent Indian motorsports to the world.”