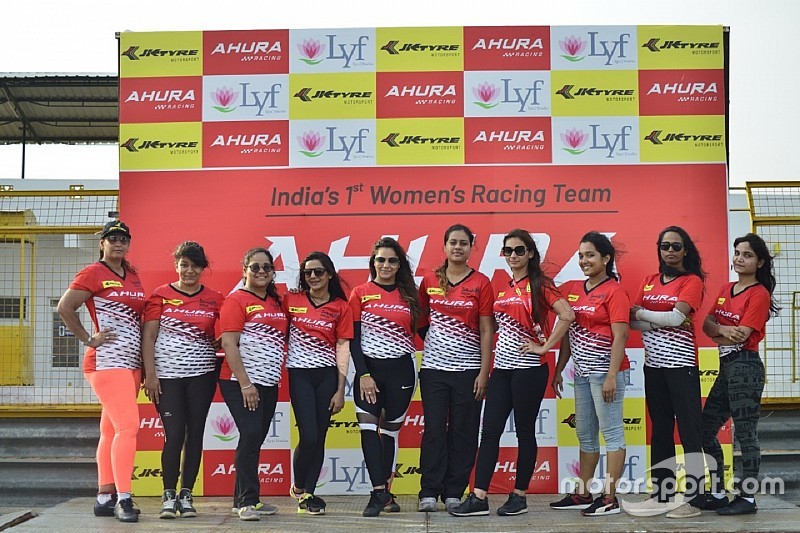 Team Ahura has signed six female drivers for the 2019 season of JK Tyre National Racing Championship, which will begin in Coimbatore next month.

The all-women team was started in 2018 by former racing driver Sarosh Hataria with the motive of raising the participation of female drivers in Indian motorsport.

The team will return to the category in 2019, again fielding a sextet of cars in the highly-competitive Formula LGB-4 category.

For the selection process, Team Ahura conducted trials on a zonal basis, with Gurgaon (North), Mumbai (Central Zone) and Bengaluru (South) chosen as the three venues.

At least 75 females entered from each zone, where they underwent vigorous training on karts. Based on the results, 20 candidates were shortlisted for further tests at Kari Motor Speedway in Coimbatore, this time with LGB 4 formula cars.

Eventually six drivers have been selected to race in the championship against a field of both experienced and upcoming racers.

Included in the list of selected candidates is Mumbai’s Natasha Puri, who has been awarded with a fully-sponsored drive for her outstanding performance. The second and third placed finishers in the selection process have also been given subsided drives.

One of them will be Marathi actress Manisha Kelkar who will contest for a yet-announced team. Kelkar was a part of the Ahura team last year, but was forced to drop out after the season opener due to an unfortunate incident off track.