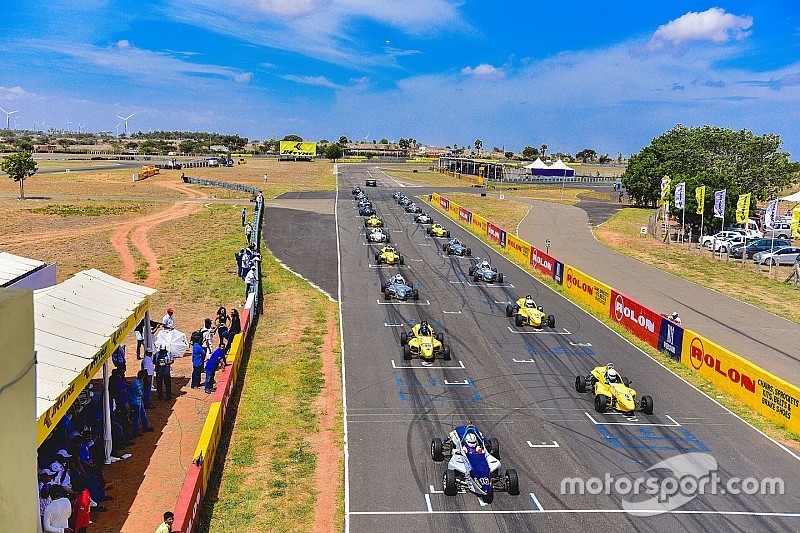 An all-women team will compete in the JK Tyre Racing Championship for the first time in series’ history, it has been announced.

A selection process was held last week at Coimbatore’s Kari Motor Speedway, the venue of the first three rounds of the championship.

Over 120 entries were received from all over the country, with 60 female racers arriving at Kari for the selections. After two days of driving lessons and training, the field was whittled down to 24, before six riders were finally selected to race in the series.

The selection process was conducted by three-time national racing champion Sarosh Hataria and the evaluation was done by a five-member team, which judged drivers based on fitness, car control, speed and lap times.

The selected drivers will compete for Hataria’s Team Ahura Racing in the LGB class of JK Tyre National Racing Championship, which begins with the season opener in Coimbatore this weekend.

“We got over 120 entries from all across India. As many as 60 women turned up eventually which is amazing,” Hataria said. “Our goal is to make them truly competitive, to ensure that they upstage the boys."

Pacesetter Roshni added: “I have to thank Ahura Racing and JK Tyre for giving us this opportunity. All of us girls had a great time during the trials and now we are charged up to compete in the National Racing Championship. It’s a dream come true.”