Jamie Chadwick scored her first ever MRF Challenge victory as the second round of the winter series began in earnest at the Bahrain International Circuit on Friday.

Chadwick qualified third on the grid for the reverse-grid Race 2 and immediately moved up a place after polesitter Petr Ptacek made a woeful start and dropped to the back of the pack.

She spent the next two laps circulating behind Dylan Young, before finally finding a way past the Australian driver on lap three of 10 to assume lead.

Championship leader Max Defourny also managed to dispatch Young on the following tour, but Chadwick had built up a three-second buffer by then.

Defourny halved the deficit but ultimately had no answer to Chadwick, who scored her first victory in any category since August’s Brands Hatch British F3 round.

Young had to settle for third, finishing seven seconds behind Chadwick, while Patrik Pasma and Michelangelo Amendola completed the top five. 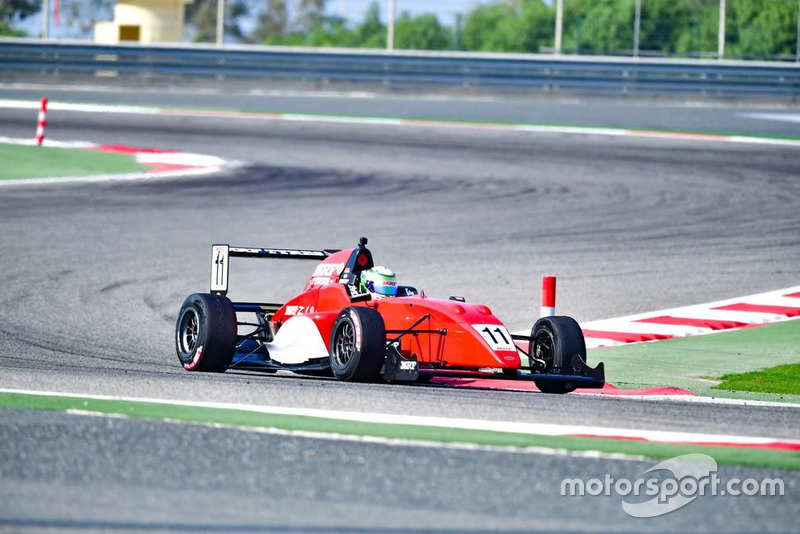 Earlier in the day, Defourny was slow off the line in Race 1, slipping from first to third even before the field made its way through Turn 1.

He re-passed Chadwick on lap two and then set about chasing new race leader Estner, cutting the gap from two seconds to less than half by lap eight.

However, Estner responded in the final two laps of the race, holding on to secure his second win of the season by 0.583s.

Danial Frost claimed the final spot on the podium after passing Chadwick earlier in the race, while Young and Ptacek finished fifth and sixth respectively, separated by less than a second.

Defourny avoided a repeat of his slow Race 1 start in the final encounter of the day, making a getaway quick enough to hold the lead.

He gradually extended his advantage with every lap, taking a dominant 7.273s win over Race 1 rival Estner.

Pasma scored his first podium since his victory in round 1, finishing another three seconds behind Estner in third.

Chadwick was next up in fourth, having been overtaken by Pasma early on, while Amendola was classified fifth in a largely incident-free race.