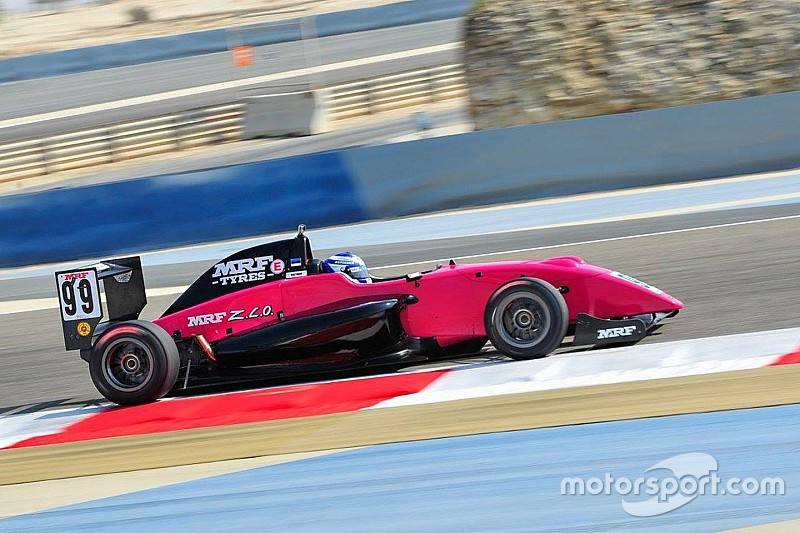 European F3 regular Ralf Aron was victorious in the third MRF Challenge race at Bahrain, scoring his first win in the series from third on the grid.

Pole-sitter Harrison Newey had a torrid start to the race as he was forced to retire on Lap 1 with reigning German F4 champion Joey Mawson taking the lead from the fast-starter Mick Schumacher and Aron.

It was then an all-Aron show as the Estonian driver first cleared Schumacher for second and soon had Mawson in his grasp as the field was bunched up behind the safety car.

Aron wasted no time in overtaking Mawson and then built up a healthy gap, winning his first race in the Indian international championship by 6.566s.

Meanwhile, Schumacher came under late pressure from Brazilian Felipe Drugovich, who had previously cleared Juri Vips for fourth, but the German eventually managed to keep third by a mere 0.248s.

Vips, having lost out to Drugovich, had a battle in hands for fifth with Moraes Cardoso and Kimi Schramm closely behind him during the final few laps, but the Estonian just held on to his track position over the line.

As a result, Cardoso was sixth ahead of Schramm, the Brazilian having carved his way up through the field from 16th.