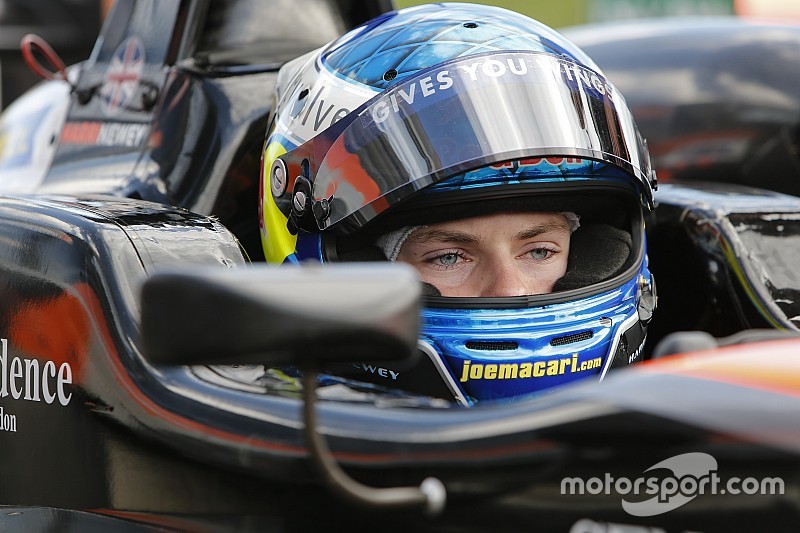 Harrison Newey controlled the first race of the new MRF Challenge season to register his maiden win in the Indian international championship at Bahrain.

Starting from pole, the European Formula 3 racer didn't put a foot wrong from start to end, building a healthy gap to his nearest rivals.

While Newey continued to increase his lead up front, eventually winning the race by 4.977s, front-row starter Joey Mawson and Ralf Aron were involved in a battle for the final podium positions.

The German F4 champion lost second to Aron midway through the race, with the Estonian then building up a comfortable gap of over two seconds from the Australian.

Behind, Italian F4 rookie champion Juri Vips had a storming start from eighth to fourth on Lap 1, fighting with Mick Schumacher, as Dutchman Rinus Van Kalmthout retired from fifth.

Vips had Schumacher at his tail for majority of the race, but the Estonian had enough to keep the German at bay, taking fourth by a mere 0.917s.

Meanwhile, Felipe Drugovich was sixth ahead of his countryman Moreas Cardoso, the latter making up three places in the race.

German Kimi Schramm dropped to finish eighth, and along with the retiring duo of Toby Sowery and Kalmthout was among the biggest losers in the 10-lap race.

Rounding off the top 10 were Australian Dylan Young and Japan's Yoshiaki Katayama. The two were separated by just 0.800s over the line, as Young made up four places to finish ninth.