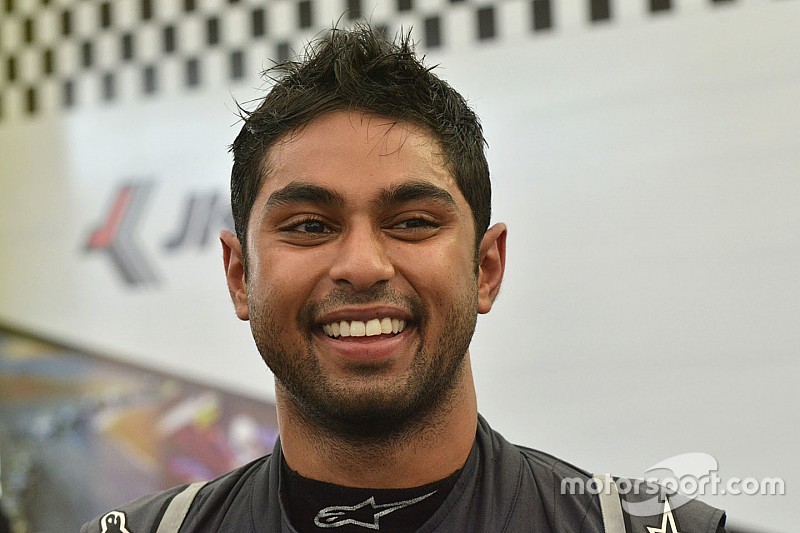 Anindith Reddy fended off an early charge from title rival Vishnu Prasad to win the first race of the JK Tyre Racing Championship finale at the Buddh International Circuit.

Reddy got away cleanly from pole position but was chased hard by Prasad, who had started alongside on the front row of the grid.

The two drivers went neck and neck on the third lap, before Reddy managed to pull a 0.9s lead with the fastest lap on the next tour.

He then broke the 2m04s barrier to move further clear, eventually winning the race by a margin of 4.517s.

Guest driver Lorenzo Pegoraro was next up in fourth, while British F3 race winner Krishnaraaj Mahadik had to be  content with fifth after running as high as third. Mahadik finished fourth on the road, but took a 10-second hit for a jump start.

Manav Sharma was classified another 20 seconds adrift in sixth position, while Ashwin Datta emerged ahead of Arya Singh in their scrap for seventh place.

Nirmal Uma Shankar narrowly edged out Mira Era for ninth, the duo separated by just 0.617s at the chequered flag.

Former LGB F4 champion Diljith T S, who returned to Euro JK for the first time in a year, was the only retirement from the race.