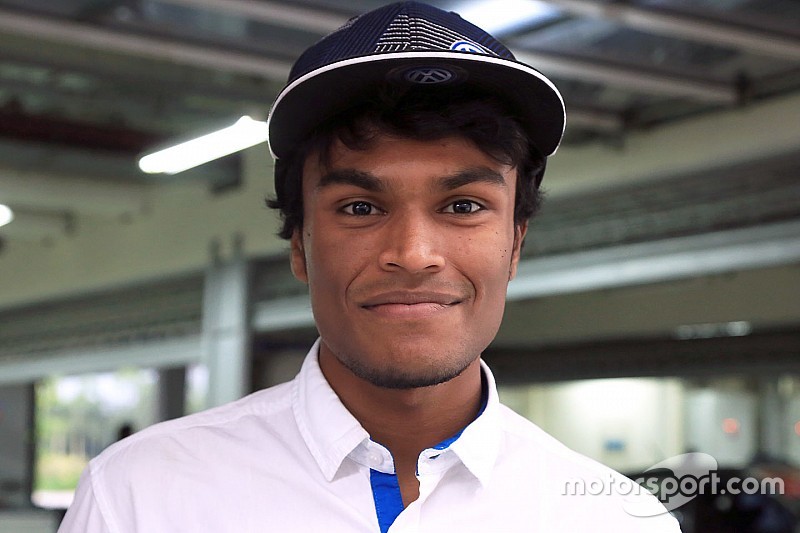 Karthik Tharani fended off Euro JK title rival Nayan Chatterjee as the final round of the JK Tyre National Racing Championship got underway at the Buddh International Circuit on Saturday.

Tharani qualified on pole for Race 1 and immediately built up a small buffer up front, earning the early favourite status.

Third-placed starter Chatterjee, meanwhile, passed Arya Singh on the second lap and then started chasing down Tharani, but the 1.7s gap the latter had built in the opening laps turned out to be too big to bridge.

Tharani eventually won by 0.496s from Chatterjee, with Bryan Perera overtaking Singh to claim the final spot on the podium.

Ashwin Datta, who headed to the final round in the lead of the standings, could only muster fifth, 0.434s ahead of the chasing Manav Sharma.

Sudarshan Rao finished two seconds down in seventh, with female racer Mira Erda and Parth Ghorpade, who was competing in Euro JK for the first time this season, finishing eighth and ninth respectively.

Nirmal Uma Shankar and Yash Aradhya were the two retirees from the race.

Kush Maini, who finished third in this year’s British F3 series, also took part in the races, but was not classified due to his guest status.